Groups are preparing to take part of the Assembly 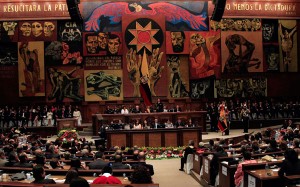 In 2017 all roads lead to the Assembly, but not in the same way. Now, in the electoral anteroom, the three most visible political factions are en route to capture seats in a hemicycle announced as multicolored and disputed.

The Unity, which is currently in the forefront with the most public calculations, has chosen to leverage on the path taken. With a base of local leaders with proven electoral support, including Jaime Nebot, Mauricio Rodas, Paul Carrasco and Marcelino Chumpi, and the acquisition of Avanza in the last minute, the second most voted party in 2014; the political sauce claims to have gained advantage.