Ecuadorian President Guillermo Lasso will make an official visit to China in February, coinciding with the Winter Olympics, with which he will try to renegotiate the debt of more than 5,000 million dollars with that country and strengthen bilateral relations. 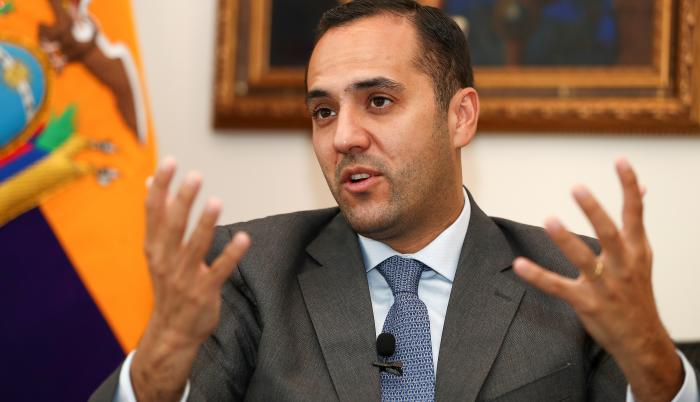 This was confirmed to Efe today by the new Foreign Minister, Juan Carlos Holguín, in an interview upon his return from the CELAC summit in Argentina.

“We have an official visit with a scheduled agenda and whose work began a few weeks ago,” said the minister, who took office last Monday.

In that visit, “seven points” will be addressed and one of them is the debt of “just over 5,000 million dollars” that Ecuador still has with the Asian giant.

“This year we have a large debt payment with China, and it is a debt that, we all know, was negotiated under unfavorable conditions for our country,” he stressed when asked by Efe, but without offering more details of the process “out of respect for the confidentiality of negotiations “.

But he insisted that “they are progressing well” and revealed that “there are several mechanisms for conversations about possible solutions.”

The Ecuadorian debt with China comes from the loans contracted during the different governments of former president Rafael Correa (2007-2017), which many have criticized for being at too high interest rates and, in some cases, made with a commitment to supply oil.

Holguín, whose country is also trying to get much closer to the US since Lasso came to power last May, reaffirmed that Ecuadorian diplomacy will be guided by pragmatic principles because “Ecuador has to think about its interests and those of its citizens. “.

“Ecuador has been very grateful to China for its support during the health crisis. More than 50% of our citizens have been vaccinated with Sinovac and Cansino, and that is also a sign of that good moment that relations with China are going through.”, he stressed.

And he stressed that Lasso and his Chinese counterpart, Xi Jinping, have “a relationship of great height, a lot of transparency and a lot of mutual collaboration.”

The agenda of the official visit will also include “an understanding agreement for the beginning of a bilateral free trade agreement”, and “environmental issues in our seas”, that is, the prevention of illegal fishing by Chinese fleets in protected areas together with the coasts of Ecuador.

Despite calls for a US boycott of the Winter Olympics, Ecuador will have an athlete in them, beyond the expected presence of Lasso at the opening ceremony.

Asked about this appeal, which some countries have seconded, Holguín assured that Ecuador is “very cautious of any human rights issue with any country in the world.”

“But in our bilateral agenda with China what interests us is to defend the interests of Ecuador, which today will benefit,” he concluded.