“Gustavo Jalkh and the members of the Judicial Council are at a critical point.” 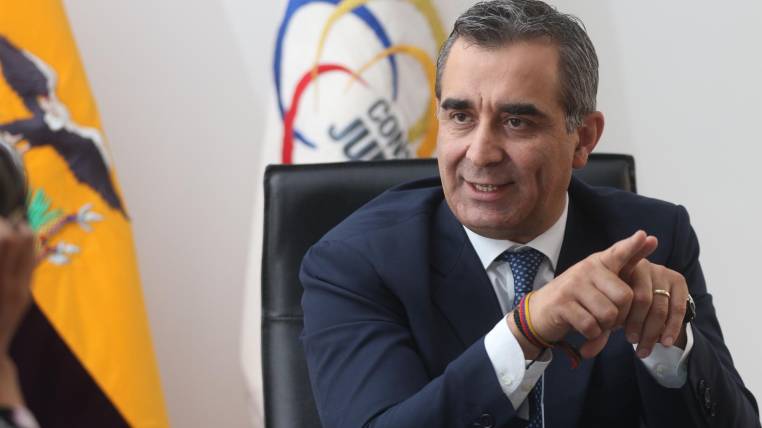 Gustavo Jalkh and members of the Judicial Council are at a critical point. The eyes of the Assembly, the Council of Participation and citizen surveys threaten its fragile stability. Jalkh answers.

Everyone is wrong to value their work?

The Participation Council itself has said that many of the complaints are leaf litter, others have problems of form. They have not let us know any yet. The amount is not so much. Evidently there are many people who in time could have generated a resentment against the Council for some dismissal, could have lost a trial. We will have to see what it is about and in that moment we will defend ourselves.

Everything has fallen on you

Assembly members have the power to present political judgments, if they have complied with aspects of how CAL has qualified; Well, it will be necessary to see later in the pertinent complaints. Of those that we know, we have clearly and emphatically distorted them because all the actions of the Council are attached to law and to law.

And about the Council.

But that does not mean that they have to express themselves in that way or advance criteria of anything, because they lose impartiality. You have to analyze things objectively, with education. It’s their obligation.

What mistakes do you recognize that you made in the process?

Of course there could have been errors, but none that imply breach of the law.

There must be some, there are no perfect things.

There are no perfect things. In fact, judicial reform in Ecuador has not been concluded, even in infrastructure issues it seems to me that there must be pending issues in some areas. But progress has been made. There have been great successes in the procedural issue.

One of the recurrent accusations is the interference of former President Correa. Have you ever discussed decisions of the Judiciary with him?

Issues of the Function such as failed hearings, budget, infrastructure, of course, the criminal legal reforms that were underway, always asked for an opinion from the Judicial Branch.

And with Alexis Mera?

With Alexis Mera I have not had a close relationship, I was directly asked for opinions and in public meetings, in addition to legal reforms, I think that is normal and correct. Of specific judgments ever.

He has not denied the existence of couriers he crossed. Was it an error to send messages that mentioned specific cases?

There is an email that has an illegitimate origin and therefore has no legal value for both jurisdictional and administrative and political matters.

But it does not stop existing.

But it lacks total legality and legitimacy because it may even be subject to editions. The mail does not say anything about a trial. I give my legal opinion on the Law of Constitutional Guarantees and exemplify that there are abuses in protective actions. This email does not even prove anything about an interference with justice.

Did Thania Moreno benefit from the contest as reported in the Office of the Prosecutor?

The inexcusable error is another observation. There is talk of subjective application. Did they make mistakes in the application?

No. So far nobody has been able to present an example that says the figure has not been well applied.

Did not you think it was wrong for the Executive to reach for justice?

I have always said that that did not seem the most fortunate expression for the campaign of the 2011 consultation and was a response from the president of some group that said ‘they are going to put their hands to justice’ and he said ‘to do the all right things. (I)