Although on Monday a Court of the National Court of Justice accepted the habeas corpus requested by Harrison Salcedo on behalf of former Vice President Jorge Glas , for the expiration of the preventive detention that weighed on his client for the crime of bribery in the 2012-2016 Bribes case , will not yet be released. 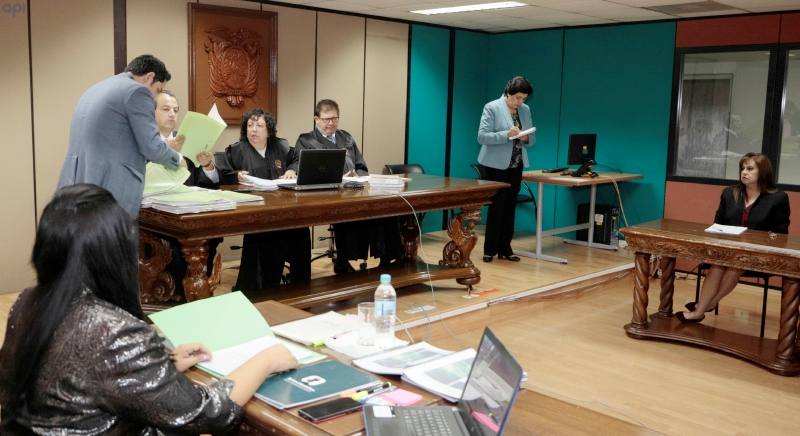 The reasons: Glas weighs an order for pretrial detention for peculation within the Singue case , which expires on March 13, and a sentence of six years of minor detention because he was found to be the author of the crime of unlawful association related to Odebrecht’s corruption plot in Ecuador.

In the case by unlawful association, the judgment in the first instance was issued on December 13, 2017 and was ratified in all its parts in the cassation of October 16.

Despite Glas’s judicial landscape, Salcedo argues that with the decision “a precedent is set and this will be an example for non-repetition with Ecuadorians, no matter who the person being prosecuted.”

According to him, the appeal of habeas corpus was raised because the Constitution establishes that no person can be detained without trial or without the response of a trial beyond the reasonable time.

Article 541 of the Organic Comprehensive Criminal Code (COIP) speaks of the expiration of preventive detention may not exceed six months in crimes punishable by a penalty of up to five years. Salcedo believes that the problem was presented to the judges when the Prosecutor’s Office only accused by bribery and not, in real contest of infractions, by illicit association and influence traffic.

When asked if, once the preventive detention orders against his client are dropped, he will seek to apply some of the social rehabilitation regimes (open or semi-open), Glas’s lawyer explained that “today is the day to celebrate and Don’t worry about what’s coming. ”

Even so, Salcedo is sure that the moment when the preventive detention orders against Glas end will be opened other causes and with them more prison orders.

Glas’s defense said that what corresponded to having allowed the preventive detention to expire was to initiate a disciplinary process of sanction and dismissal against judges Iván León, Marco Rodríguez and Iván Saquicela , but the Court did not give them a step, noting that there have been conditions for the delay, as the file is very large, there are 21 procedural subjects and that the deferrals that were given were justified.

The absence, for a health issue, of the defense of Marco R., prosecuted by a peculate in the National Secretariat of Water (Senagua), on Monday suspended the trial hearing against him and five people most accused of peculation . Former Secretary of Water Walter Solís is another of the accused. The diligence was for Tuesday.

29 complaints against Rafael C. has the Prosecutor’s Office