A Criminal Court of the National Court of Justice, made up of judges Iván León (speaker), Javier de la Cadena and José Layedra, has concluded the trial hearing against the former vice president of the Republic Jorge Glas and others, by the alleged crime of embezzlement, within the process known as the Singue Case. 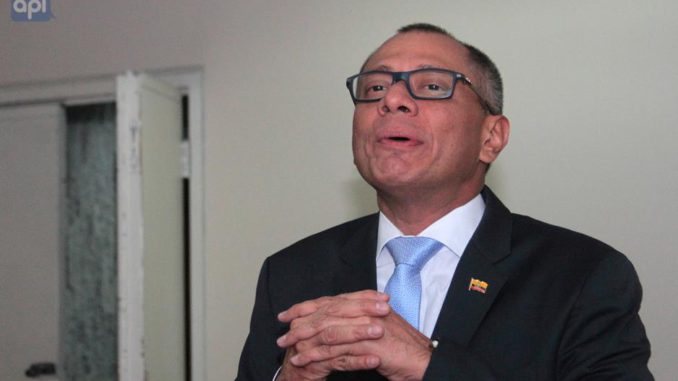 In his closing statement, the surrogate state attorney general, Wilson Toainga, pointed out that the evidence presented during the trial showed that the fifteen defendants had different levels of participation in the process of awarding the Singue Field exploration and exploitation contract.

He added that there were non-observances in the contractual process, since the awarded company did not comply with the necessary requirements for its participation in the oil tender and that it included unsolicited information. During said process, the damage to the State would have occurred by setting a price of 33.5 dollars per barrel, that is, lower than the value of the initial offer and that to arrive at that figure, 100% of the prices were not taken into account. Proven hydrocarbon reserves for this oil field.

During the hearing, the Prosecutor’s Office presented before the Court, the testimony of fifteen people, including witnesses and experts, in addition to forty-four documentary evidence.

In addition, the Prosecutor’s Office requested a comprehensive reparation of $ 28,479,889.00, an estimated value as detriment to the State, and the payment of a fine of $ 16,000 to each of the defendants, as established in Article 70, numeral 10, of the Comprehensive Organic Criminal Code.

Once the closing arguments were concluded, the Court, made up of judges Iván León, Javier de la Cadena and José Layedra, suspended the hearing and indicated that it will provide a timely date and time to make its decision known.