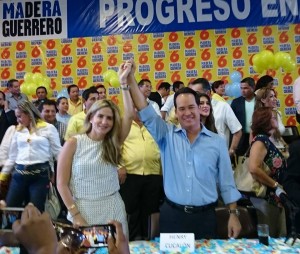 Assemblyman Henry Cucalon is the new director of the Madera de Guerrero party, a regional political movement created in 2009 by the Mayor of Guayaquil Jaime Nebot, and through which won reelection. Cucalon, a 42 year old lawyer, is an Assemblyman representing the Social Christian-Madera alliance since 2013.

Henry Cucalon is sucessor to Jaime Nebot in the direction of the party, as decided by an assembly of the movement on Saturday. At the same meeting it was decided that Vicente Taiano Basantes, the secretary of the Municipality of Guayaquil, leads the Social Christian Party (PSC) in Guayas.

Support and rejection to the debated reform reactive demonstrations