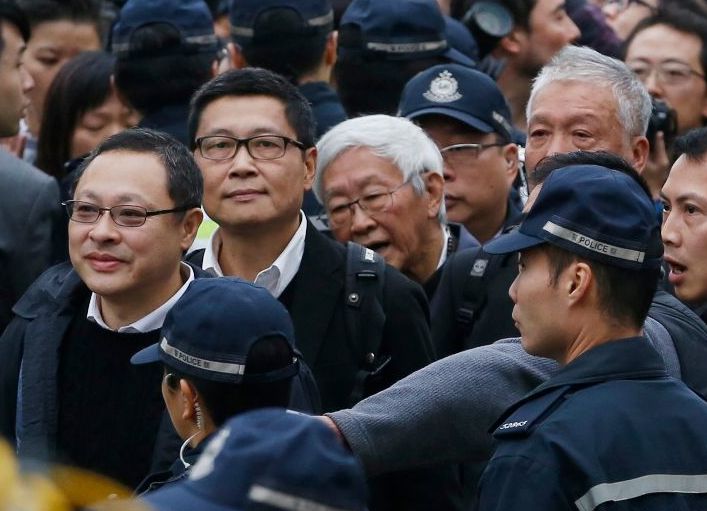 Three founders of civil disobedience campaign that encouraged the pro-democracy protests in Hong Kong yesterday surrendered to the police, saying they wanted to take responsibility for their actions and to end the riots.

Teachers Benny Tai Yiu-ting and Chan Kin-man and father Chu Yiu-ming went to the police station and left soon after.

The leaders only received a warning from the police saying that protests, which impede the traffic in the financial capital of Asia for more than two months, are illegal and that “such behavior must cease immediately.”

“Hopefully we can show others the meaning of surrender. We urge that the occupation ends soon and that more people have the basic responsibility of civil disobedience, which is surrender,” said Benny Tai, one of the most prominent of the movement.

However, it is unlikely that the surrender greatly affects the student protests that occupy two important points of Hong Kong, after a violent night in which protesters tried to enclose two government buildings.