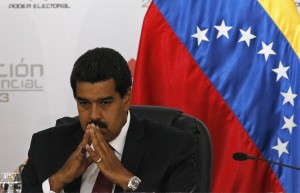 The management approval of the President of Venezuela, Nicolas Maduro, fell 5.7 percentage points to a minimum of 24.5% in November, according to a survey of the local firm Datanalisis, amid an economic crisis in the largest exporter of oil in South America.

Venezuela suffers the highest inflation in America and its economy would have gone into recession, which has further exacerbated the shortage of commodities in times of a strong fall in international oil prices, supply of nine out of 10 US dollars that enter the economy.

According to the Datanalisis polls, 85.7% of respondents consider that the situation in the country is negative, a raise of 4.1 points from the previous measurement (September).