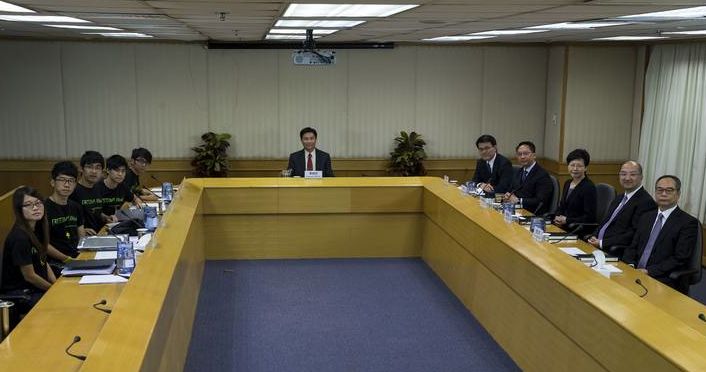 Hong Kong students, who are part of the pro-democracy movement, and the local government beganthis Tuesday its first session after more than three weeks of demonstrations.

The meeting was attended by five representatives of the Government of Hong Kong, led by its Chief Secretary, Carrie Lam, and five of the Student Federation, on behalf of the protesters, to pose both positions.

Lam, number two of the Hong Kong Government, raised the round turns pointing out that any political development that is going to be carried out must obey the Hong Kong Basic Law (Constitution), where Beijing has a fundamental role.

Before the meeting, the head of the government of Hong Kong, Leung Chun-ying, warned the pro-democracy to not have any illusions about a totally free election in 2017, because a full universal suffrage would give more power to the modest.

“One negotiation session could be insufficient to solve all problems, but negotiating is a good starting point,” said the Hong Kong number one to the press, referring that negotiations could drag on.