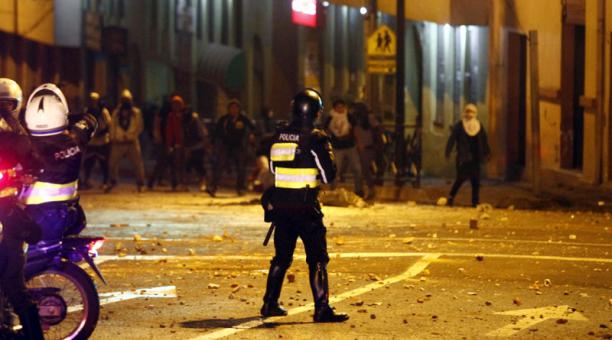 The Human Rights Watch (HRW) organization issued on October 20, an alert about an alleged use of excessive force, violations of due process and restrictions on expression freedom that would have occurred during protests of September 17 and 18 in Ecuador.

In a ten-page document, the Director of the organization for the Americas, José Miguel Vivanco, alleges that members of the National Police used excessive force to disperse “mostly peaceful demonstrations in Quito on 17 and 18 September 2014, during which they arbitrarily detained and beat protesters.” These actions were denied by the government.

On September 17, the organizations grouped in the United Workers Front called for a demonstration to reject the Government’s labor policy and the possible increase of students bus fares. On September 18, the protests were concentrated by the Mejía School students .

HRW is based, as the report says, on the information gathered in interviews and transcripts of oral testimony. It further states that dozens of detainees “suffered severe physical abuse, including violent beatings, kicks and electric shocks when arrested and during their detention.”

Kerry: We expect Russia respects the ceasefire to lift the sanctions