Almost four months after the Russian Veterinary and Phytosanitary Control Service (Rosselkhoznadzor) warned of the alleged presence of the humpback fly in a 25-ton shipment of Ecuadorian bananas that arrived at the port of Novorossiysk, the warnings are re-ignited in that country for another alleged find last Friday. 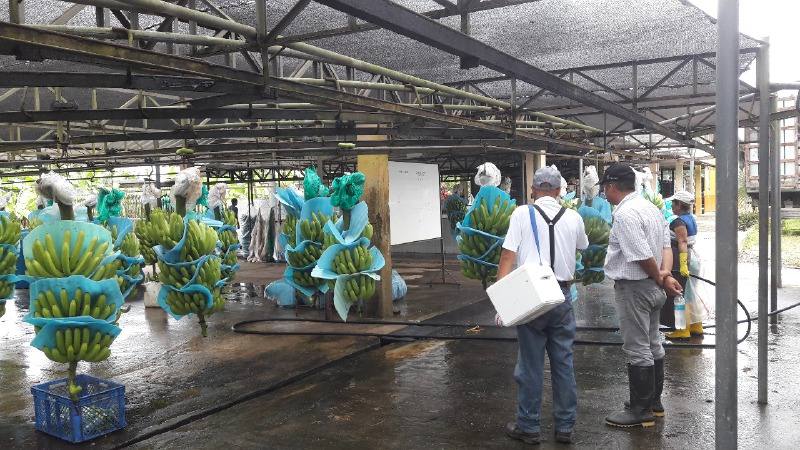 The first Russian complaint was notified to Ecuador last November and the Fito and Zoosanitary Regulation and Control Agency (Agrocality) responded at the beginning of December asking its Russian counterpart to “analyze the possibility of cross contamination.”

Regarding the new finding, the Russian authority said: “On December 14 in bananas that arrived from Ecuador to Russia and accompanied by a phytosanitary certificate issued by the Phytosanitary and Regulation Agency (…) of Ecuador that guarantees the conformity of this product with the phytosanitary norms of the Eurasian Economic Union, the humpback polyphagous fly was detected again ”.

The Rosselkhoznadzor regretted that “supplies of infected Ecuadorian bananas threaten Russia’s food security” and warned that “it reserves the right to impose temporary restrictions on imports of Ecuadorian bananas to Russia if Ecuador does not take effective measures.” Given this observation, Agrocalidad said Wednesday that there was no contact between the fly and the fruit. He added: “It has been proven that the presence of this fly does not affect the normal consumption of bananas; that is, it does not represent any danger to human health. ”

He added that Ecuador maintains controls articulated with the sector and private companies to meet the high quality standards in all phases of production and export of fruit, backed by international standards for phytosanitary measures.

Discovery opens future for the treatment of liver cancer