The Tax Simplification and Progressivity Law is one step into effect. 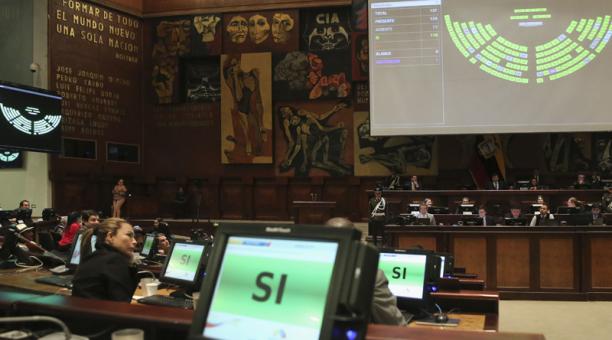 Since January, new ICE rules for beers and mobile plans

The text approved by the Assembly on December 17, will be published in the Official Registry before the end of 2019, so that it can be applied from January 1 of the following year.

Once the standard enters into force, some measures will apply immediately and, on other issues, different deadlines must be expected before implementation.

The first changes that will be noticed refer to industrial beer.

The legal regulations raise the excise tax (ICE) of this drink, by 10%.

Napoleón Santamaría, a tax lawyer, explains that the industry could transfer the increase to the final sale price paid by the consumer.

According to data from Santamaría, a one-liter drink that today costs around USD 2, next month it would be USD 2.20.

The industries in this segment have not yet ruled on this issue.

“The ICE is a monthly settlement tax and, therefore, any reform governs from the first day of the following month,” Santamaría explained.

Another increase in rapid implementation is the ICE of postpaid mobile phone plans.

In the January consumption invoice, which will be paid in February, the customer will see the 10% increase in value paid.

Users of services that offer foreign digital platforms and that are not domiciled in the country, such as Netflix, Cabify, Spotify or Airbnb, among others, will begin paying 12% of the value added tax (VAT) from July 2020.

The rule establishes 180 days to proceed with the payment. In that period, foreign platforms must register with the SRI.

Meanwhile, the tax body must prepare the regulations with definitions of concept, instructions and procedures for the application of the law.

On platforms such as Uber and Cabify, where payment can be in cash, VAT withholding will be made to the driver in the next race paid by credit card.

In order not to lose these resources, the driver who charges in cash must invoice and withhold VAT from the passenger.

Other countries in the region, such as Colombia or Uruguay, thus apply the tax. The projection of the Treasury pointed to a collection of USD 21.16 million per year with this measure.

In the case of plastic covers, the implementation of the ICE will take 90 days.

The reform that was made in the economic law establishes a fee of USD 0.10 per unit; however, the seventh transitory provision of the standard determines a progressive mechanism to reach that percentage.

The new legislation exempts the tax on plastic covers for industrial, agricultural, agroindustrial, export use, for frozen products and those that contain a minimum of 50% of post-consumer recycled raw material.

But you still have to define what type of packages will be taxed, what size and other details.

These aspects must be resolved in the regulations that the SRI must issue.

When discussing the rejected Law of Economic Growth, which initially proposed the tax on plastics, the director of the SRI, Marisol Andrade, said that the measure would have an effect on the covers provided by establishments with more than one branch in the country; that is, pharmacies, supermarkets, etc.

That way neighborhood stores were excluded. Caterina Costa, president of the Chamber of Industries of Guayaquil, acknowledged that the consumption of these products could decrease.

Another adjustment that governs immediately is the elimination of the information from the credit report or the calculation of the generic score (which measures the level of risk of the client), which applies for expired values ​​up to 24 months before the Law or that are expired and canceled within the next 120 days.

But if the person returns to present expired values ​​in those operations, the complete history of those loans will be shown again in the credit history and will be taken into account for the score. Marco Rodríguez, legal advisor of the Equifax bureau, said that some aspects must be explained, either by the Board or by the Superintendency of Banks.