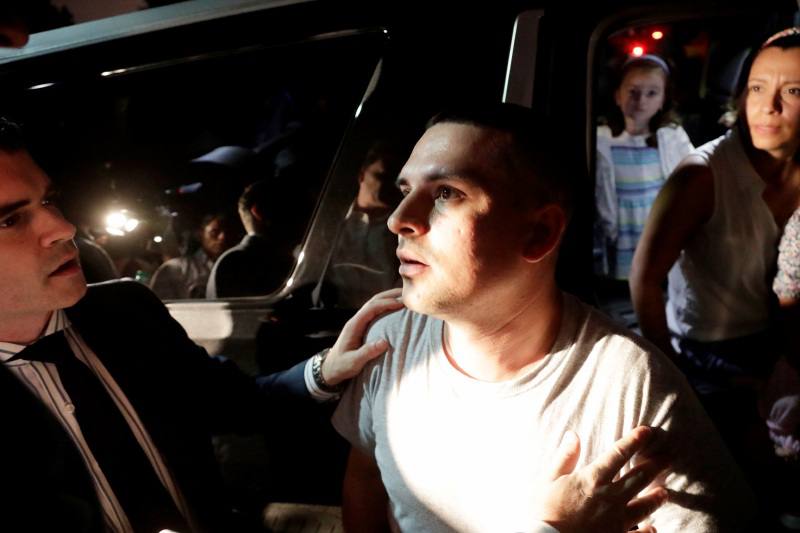 On Tuesday night, after 54 days imprisoned, the Ecuadorian Pablo Villavicencio, detained by the Immigration services after delivering a pizza in a military base, was released.

Villavicencio tearful fused in hugs with his daughters and his wife outside the prison, after the federal judge Paul Crotty stopped his deportation.

“I thought the world was running out,” said the immigrant. “I thought I was going to lose everything, that my dream of having a family always united was coming to an end,” he said.

Crotty had stated that Villavicencio can remain in the United States while he is in the process of obtaining legal status. The judge openly questioned the grounds for deporting a man who had begun the process to obtain a residence permit, currently under consideration.

“The powerful are doing what they want and the poor suffering what they owe,” Crotty said after hearing federal prosecutor Joseph Cordaro defend the government’s actions. “Is there a concept of justice here or do we do it because we feel like it?” Asked the magistrate. “Where is the damage to the country?” He added.

In the order of release, Crotty assured that “although he remained in the United States illegally … he has been a model citizen”. “He has two children, both are citizens of the United States. He has no criminal record. He has paid his taxes. And he has worked diligently to support his family.” (I)

The second inclusive park of Ecuador will be in Huarcay