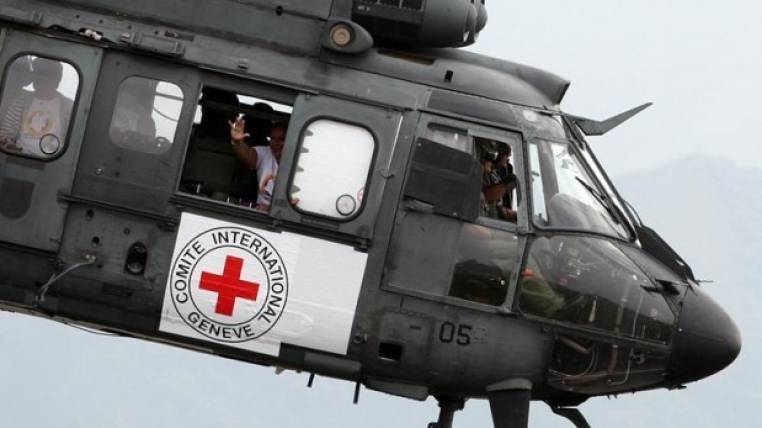 The International Committee of the Red Cross (ICRC) reiterated this May 28 to Ecuador its full willingness to play a humanitarian liaison role in the issue of the two kidnapped Ecuadorian civilians and in the recovery of the bodies of the local journalism team killed by a dissent of the FARC.

This was transmitted by the head of the Regional Delegation of the International Committee of the Red Cross, Philippe Guinand, to the Ecuadorian Minister of Defense, Oswaldo Jarrín, who presided over a meeting at the presidential palace of Carondelet, in Quito, where was also present the holder of the Interior, Mauro Toscanini.

The head of the humanitarian agency, who visits Ecuador for the second time since taking office in Lima, reiterated his willingness to exercise a role in the issue of the bodies and the couple of Ecuadorians kidnapped by an armed group under the orders of a former FARC combatant alias “Guacho”, according to the authorities.

Both events occurred in the Ecuadorian region of Esmeraldas, bordering Colombia.

“I want to make myself available to all of you for the specific issue on the northern border, on which there have been several exchanges already on the subject. If there is any doubt about the role we can play in this delicate situation, “said Guinand.

He reiterated that he transferred his interest to the Ecuadorian chancellor, María Fernanda Espinosa, at the summit in Lima on April 13.

“At that time I told the chancellor that the ICRC as a humanitarian actor in armed conflicts has a very strong presence in Colombia” and that, although it has been reduced as a result of the peace process with the guerrillas, “we are still waiting for the real effects” on the terrain.

Relatives of members of the newspaper El Comercio who were kidnapped at the end of March and killed by the armed group contacted the ICRC and asked the governments of Ecuador and Colombia to manage the return of their remains, for the time being unknown.

The Minister of Defense of Ecuador expressed on behalf of the Government to the head of the international organization that the country defends human rights from its Constitution.

He called for closer cooperation with the International Red Cross, so that “we can have a better development in our activities in the protection of the population, their rights, and their freedoms.”

Jarrin insisted that “the concern of the national government and institutions is not exclusively in violence, it is especially in peace.”

“If we manage to strengthen and consolidate peace in the countries, violence does not have much room,” he said.

He stressed that the Armed Forces act according to the manual of military operations rights, which he considered a “great step forward”, together with the humanitarian agreements that Ecuador has ratified.

Guinand and Jarrín are participating in a course on international humanitarian law that is being held in Quito and will analyze the two decades since the signing of the peace agreement between Ecuador and Peru. (I)