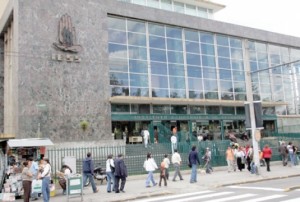 The Board of the Ecuadorian Institute of Social Security (IESS for its Spanish acronym) will adjust the amount of retirement pensions that are paid to the former employees and former servants of this institution, from $ 1,200 to $ 550 .

This decision was taken after an examination of the Comptroller that recommended to adjust such pensions under the parameters provided in Decree 172 of December 7, 2009, and which according to the Legal Secretariat of the Presidency, is also supported on another decree, 225 of 18 January 2010, and in the constituent Resolutions 2 and 8.

That pension had been granted to those protected by the Labour Code. It was also applied to the 9,822 affiliates who were tranferred to the regime of the Civil Service and Administrative Career law, according to information from the Directorate ofHuman Resource National Management of the Social Security, of October 18, 2014.