Pope Francis calls for reconciliation among religions to consolidate peace 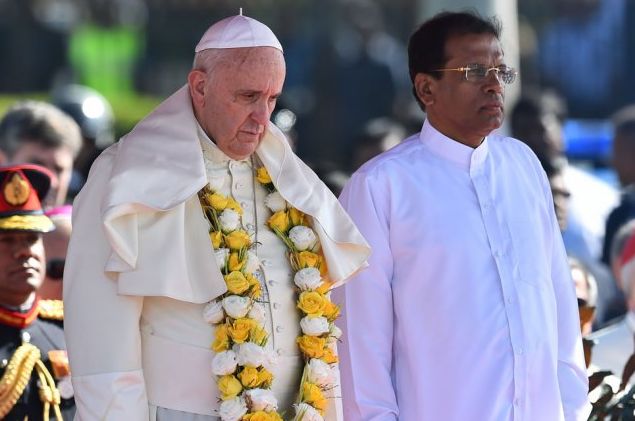 Pope Francis pleaded this Tuesday for the cooperation and respect among religions, in order to achieve reconciliation and consolidate peace in Sri Lanka, a country that has lived 30 years of civil war.

This was expressed during his speech to the Sinhalese authorities at the Colombo airport, upon his arrival to Sri Lanka, where he will remain until January 15, when he plans to travel to the Philippines.

The history of Sri Lanka, afflicted by a civil war of thirty years between the Tamils and the Sinhalese, and which ended in 2009, served to the Pope to state that it is “a constant tragedy in our world that so many communities are at war against each other.”

The Pope also reminded, during his visit, that this is the moment to “try to consolidate peace and to heal the wounds,” although “it is not easy to overcome the bitter legacy of injustice, hostility and distrust left by the conflict.”

For the recovery process of Sri Lanka, Pope Francis advised “the search for truth,” although he said, “not in order to open old wounds, but rather as a necessary means to promote justice, the recovery and unity.”