IESS would be ready to affiliate housewives since April 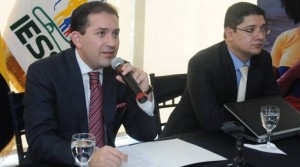 The President of the Board of the Ecuadorian Institute of Social Security (IESS for its Spanish acronym), Hugo Villacrés, said that from April of 2015, the IESS would be ready to enroll housewives.

Villacrés said that from April to December of 2015 they expect to affiliate approximately 400 thousand housewives who receive the bonus of human development and other assistances. “Let’s see if we succeed,” the authority said.

He estimated that the incorporation of the housewives would be in that month, considering the time for the proposal to be discussed and approved by the National Assembly.

The government hopes that for 2017, 1.5 million housewives are affiliated.

Housewives will receive retirement in a proportional way