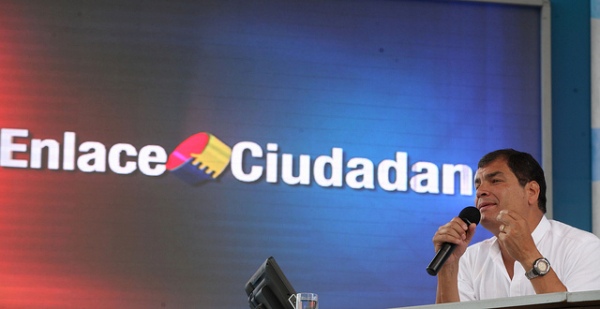 President Rafael Correa criticized the speech which gave Doménica Tabacchi, Deputy Mayor of Guayaquil, in honor of President of Uruguay, José Mujica, held this week at the Civic Center of the city.

In her speech, Tabacchi Mujica described as an “example of simplicity and solidarity from power, a president who from that power sought social justice and not the popular execution”.

In response, Correa responded to what he regarded as indirect whipping the Social Christian administration.

During the National Address President justified that criticism of Deputy Mayor stating: “What a shame, because it’s clumsiness, not only misconduct. This lady launch their goads, try to separate us between the good left and the bad left without naming us “.

The president described as “immature” the performance of Tabacchi, who also withdrew from the event when Correa intervened, adding that she was anticipated “stay out of domestic politics”.