If the measures are followed, the curve would decrease in a month in Ecuador

23 days have passed since the confirmation of the first positive case of covid-19 in Ecuador. And the contagion curve continues to rise. The report until yesterday was 789 confirmed cases, of which 77% is in Guayas, with 607 positive cases, out of the 2,360 samples taken . 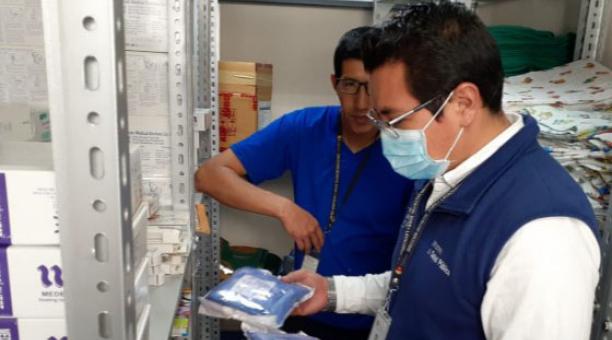 If the measures are followed, the curve would decrease in a month in Ecuador

Taking restrictions to avoid spreading the coronavirus seriously is the only way to stop the pace of the curve, says Diana Ramos , president of the Guayas Infectious Diseases Society.

The Government ordered the restriction of movement for this purpose. The doctor says that the success or failure of the measure cannot be determined yet. Explains that data from other countries affected by covid-19 reveal that the fruits will be seen in two to three weeks .

Of the patients who tested positive for the virus, 71 are hospitalized, 54 of them stable and 17 with a reserved prognosis. Dr. Ramos indicates that they started contagion at least 10 days before the isolation measures. ” Probably at Carnival .”

Preventing the spread of the virus – explains the infectologist David Larreátegui – will avoid the worst case scenario: that positive cases continue to rise, as well as deaths, and that the lack of beds in intensive care in hospitals worsens.

1,347 people are part of the epidemiological fence and there are 699 cases suspected of carrying the virus. The number of deceased doubled in one day. As of Saturday there were seven deaths from covid-19 and yesterday the victims totaled 14.

Specialists note that everyone contributes by staying at home, even those who have not had contact with the infected nor have arrived from countries at risk .

In the disease – clarifies the doctor Ramos – there is an incubation period. This is estimated to be 14 days, until symptoms appear, but studies show that it can be 21 days or even 30 days.

As the case growth curve rises, Ramos believes that by not having immunity to the virus, 85% of the general population will develop mild symptoms. While 10% will require hospitalization and 5% will be in intensive care .

“If we put that relationship with the number of inhabitants for each province in the country, we can estimate the number of patients who may need medical attention.”

Likewise, it indicates that if the provisions of not going out into the street are followed, unless it is strictly necessary, in one month there will be a decrease in the curve . Otherwise it will continue to increase.

The normalization of the situation – says Larreátegui – will be achieved if the curve remains stable and then descends until it is as close to zero as possible. The measurement can only be done with the analysis of the cases, day by day.
The importance of not saturating the health system when attending with respiratory symptoms not associated with covid-19 has also been emphasized.

Yesterday, Vice President Otto Sonnenholzner announced that an auxiliary virus diagnosis system has been incorporated into two hospitals in the country. It was installed by Cloud Huawei, with artificial intelligence, in the General del Norte de Guayaquil Los Ceibos and General IESS Quito Sur hospitals.

With the system -the developers say- 3,000 suspected cases can be diagnosed per month, by means of a tomography of the lungs. The health houses will have it free for three months.

The Center for Mathematical Modeling in Key Areas for Development (Modemat) has made projections of the situation that could be faced in the country, based on mathematics.

The latest report released on Saturday shows figures from Guayas, the province with the highest number of positive cases of covid-19. According to projections, after March 27 and with 70% of the population in quarantine, more than 1,600 infected will be reported .

Projections also show susceptible people, which is the healthy population. That figure would decrease in the course of this week because it becomes a population exposed to contagion .

The director of Modemat and researcher of the National Polytechnic School, Juan Carlos de los Reyes, explained that the number of exposed increases steadily due to the high rate of contagion and poor early detection.

Experts from across the country get the predictions. Mathematical models – de los Reyes points out – allow us to measure strategies to mitigate the spread. It is a tool for decision making. And they are open to participate in the COE.