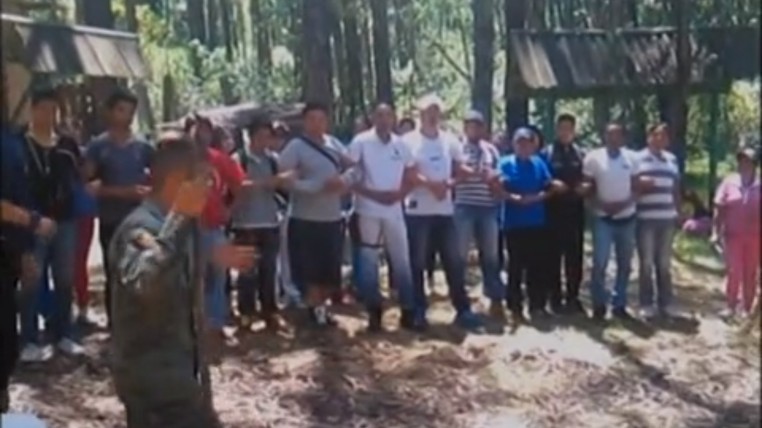 Military training without the permission of the competent authority is prohibited by the Constitution and laws of Ecuador.

Article 350 of the Organic Integral Criminal Code (COIP for its Spanish acronym), which establishes sanctions for illegal military training, puts it clearly: “The person who gives or receives military training without permission from the competent authority shall be punished with imprisonment of six months to two years.”

Three lawyers: Rafael Oyarte Martinez, Tito Quintero and Jaime Damerval Martinez, explained the Ecuadorian legal framework on this field, today in the public arena and under military and judicial investigation after the release of four videos that show two active members of the Army, clearly identified and who face administrative processes, training militants of the Alianza PAIS party, in Quito.

Oyarte, with a master’s degree in Public Law, professor of postgraduate studies at the Espiritu Santo University, says that the illegal training to civilians can lead to the institutional destabilization, and even undermine the security of the state and the people.

An Ecuadorian woman sues Telesur for disclosing a work