IMF mission is in Ecuador to assess the economy 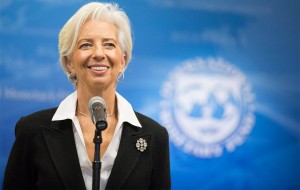 The Finance Ministry confirmed yesterday that a mission of the International Monetary Fund (IMF) is in Ecuador to make the appropriate analysis on Article IV of the Constituent agreement. This is a process in which economic and financial information is collected, and then, the agency issues a report.

Spokesmen for the IMF in Washington said they will conduct the annual revision of the national economy as for all its member countries.

“During this visit, IMF staff meet with the authorities and economic agents to exchange views on the economic situation,” sources reported.

Mauricio Pozo confirmed that as an economic analyst and former minister he was invited to a meeting. He considered that at the moment, the government has already normalized its relations with the IMF, but it not have the intention to borrow from this international body.