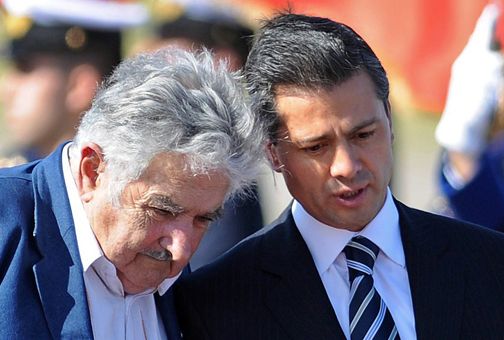 The foreign minister of Mexico, Jose Antonio Meade, surpassed on Monday gave diplomatic incident with Uruguay after a statement by the president of this country, José Mujica, the disappearance of 43 Mexican students.

“The president of Uruguay qualified its original words, for make absolutely clear that there is absolute respect and support for all instances that the Mexican government is carrying out on this subject,” Meade said in an interview with a Chilean media.

Mexico Controversy arose with the publication of an interview on Friday of Foreign Affairs Latinoamérica, which Mujica described as “terrible” the situation in Mexico, and said that it seemed that the country was “kind of a failed state.”

The Mexican government rejected “categorically” Mujica declarations in a statement, and hours later, the Uruguayan Presidency issued a statement in which Mujica offered support to Mexico, and he retracted his previous statements.

Mexican Foreign Minister is in Santiago to participate in a meeting between the Pacific Alliance and Mercosur.

Mujica and Lula da Silva will give lectures in Guayaquil