Raise awareness in the educational community that suicide can be prevented; inculcate to create social bonds; promoting awareness and offering hope were the objectives of a discussion recently organized and developed by the Undersecretary of Education of the District of Guayaquil with the collaboration of the Bolivarian Technological Institute. 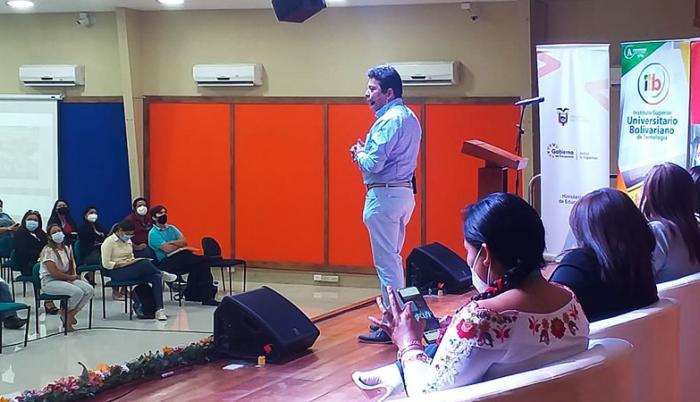 The discussion held at an educational institute in Guayaquil, brought together many people.

“Together we prevent suicides” was called the event that consisted of two days (morning and evening) in which educational authorities, psych pedagogues, teachers, students and parents, were able to learn more about the reality of suicides worldwide; the impact this causes on families and how to deal with it to save lives.

Between January and June 2021 there were 194 suicides in the country. According to the ECU-911, it means that there was an increase of 37% compared to the first half of 2020.

At the Guayaquil meeting, topics such as bullying, cyberbullying, actions against suicidal behavior, adolescent suicide, and emergency care in case of suicide attempts were discussed.

Yadira Blakman , Undersecretary of Education, indicated that suicide is an issue that no one wants to touch on due to the great impact that this could cause in the family.

Currently one of the biggest social conflicts occurs with social networks and the lynching that they can cause a person, which triggers the so-called cyberbullying. In this regard, the university professor Flavio Calvo pointed out that these digital aggressions are due to different factors, among them “greater availability to access virtual spaces and the lower perception of damage that this produces.”

The clinical psychologist Jorge Luis Escobar indicated, in turn, that “all people who commit an act of suicide manifest their intentions with previous acts. It can be through music, for this we must be very attentive to interpret these signals”.

Dolph Lundgren will be in Ecuador for Comic Con 2021