In reserve the investigation on the goods of the FARC 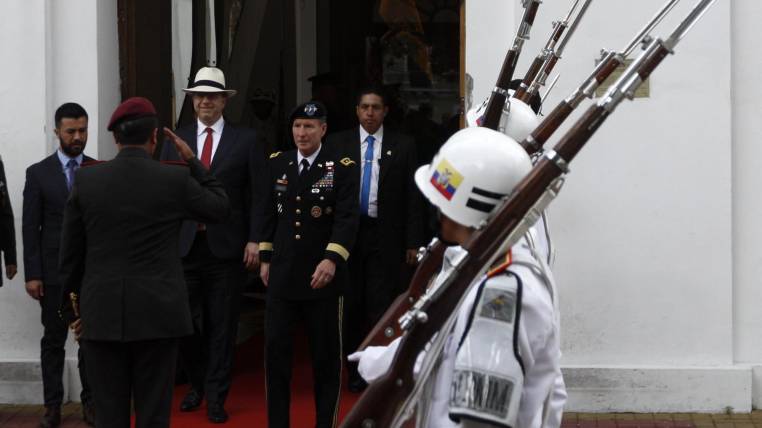 In Front 48 of the FARC and the South Block, the ownership of around 100 goods in Ecuador is attributed. This was revealed by the Colombian prosecutor, Néstor Martínez, at the end of January, at a meeting on the extinction of the domain that was completed in Quito.

The rural and urban furniture, real estate, cars and livestock of the extinct guerrilla, now converted into a political group, have already been identified.

The list was delivered in February to the Ecuadorian prosecutor Carlos Baca, who ordered the opening of a preliminary investigation, the Prosecutor’s Office informed. The goods would be found in populations of the border area in Esmeraldas and Sucumbíos, mainly, and some in Quito.

The details of the properties that would have a value of about 15 million dollars are known only to the prosecutors of both countries.

The Colombian Prosecutor’s Office explained to EXPRESO that “once these documents were shared, they entered into legal reserve in accordance with the agreement signed between the two entities.”

The existence of these goods was known through the analysis of the computers of Raúl Reyes and alias Mono Jojoy. In those devices, part of the real patrimony of the irregular group was found. In addition, the demobilized delivered to the authorities lists of goods and equipment, costs, location, quantity and the blocks to which they belonged.

But the demobilization not only meant the signing of peace with Colombia or the delivery of lists of goods, but the proliferation of criminal activities of the dissidents. The latest was the murder of three soldiers in the sector of Mataje, Esmeraldas.

That consequence was already alerted in 2014 in a confidential report by the Senain that published EXPRESO last week. In the five-page document it was already known that fronts 30 and 48 had allied with local mafias to provide drugs and supplies to the Sinaloa cartel.

It was also mentioned that shipments departed from the ports of Buenaventura (Valle del Cauca), Tumaco (Nariño) and San Lorenzo (Esmeraldas) and that 2,000 guerrilla troops and 300 mercenaries from military bands controlled the routes and operated on the border with direct impact on Esmeraldas. There were 43 illegal steps identified between the two countries.

The recovery of the money of the FARC assets is possible for the Ecuadorian State, says the ex-prosecutor Pablo Encalada. His former colleague José Ortega indicates that the process must be carried out through a criminal process and within it an order for seizure and confiscation of property.

The Southern Command meets with authorities

Ecuadorian military authorities met yesterday with a delegation of the highest military level in the United States that has arrived in Ecuador since 2011.

Lieutenant General Joseph P. DiSalvo, Military Subcommander and Ambassador Liliana Ayalde, Foreign Policy Adviser of the Southern Command, arrived at the Ministry of Defense. They arrived in Ecuador for a two-day visit that ends today.

In addition to the meeting with the military commanders on the agenda, meetings were included with government authorities and a tour of a humanitarian demining unit.

US Ambassador Todd Chapman said the meeting took place within the framework of security cooperation between the two countries.

The delegation will also listen to the concerns of the defense authorities, both civilians and reiterate the commitment of the Southern Command to strengthen the friendship between the two countries.

In the Rafael Correa government relations were strained, the Base de Manta and some of its officials were expelled. In January, FBI agents assisted in the investigations of the attack in San Lorenzo, Esmeraldas. (I)