BREAKING NEWS
The payment of the family protection bond for the health emergency began
Relatives of deceased from covid-19 do not have to approach agencies to register deaths
Coronavirus: Centro de Convenciones de Guayaquil will receive patients
Coronavirus cases in Ecuador April 1, at 17:00: 2758 infected
Floriculture sector loses $ 1.5 million daily due to the health crisis
Barrel of oil ends March with the largest monthly loss in history
Coronavirus: Eight dialysis centers at risk of closing due to non-payment of Finance and Health
There are 450 bodies to be collected in Guayaquil and Lenín Moreno offers a decent burial
‘Zoom’ leads video calls for remote work in Ecuador
Ecuador uses gold to obtain USD 300 million of liquidity

Although the trial hearing of the Bribes 2012-2016 case focused on the 8th floor of the National Court of Justice, in Quito; In Guayaquil there was also movement around that diligence. 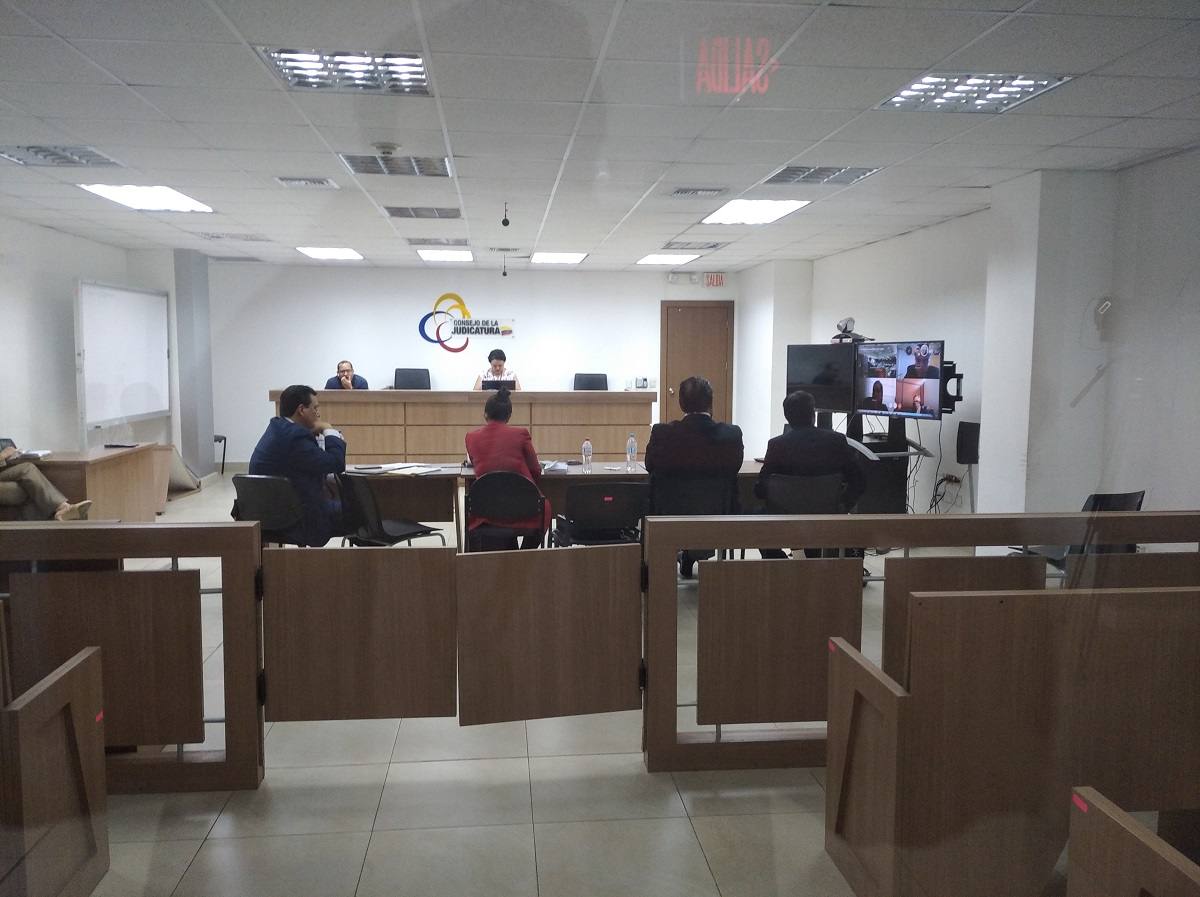 In the Provincial Court of Guayas about twenty witnesses met from 08:00 to intervene in the process. In room 101, on the first floor of the building, the diligence was installed with the support of technology that made it possible to hear the interventions of the defendants Viviana Bonilla, Alexis Mera and Jorge Glas.

However, as it was known unofficially, more than half of the witnesses left the hearing for delays in the installation and in the end only eight of them were located in rooms 103 and 106 to be required according to the disposition of the judicial authorities.

One of the participants was Francisco Pesántez , uncle and lawyer of the businessman Yamil Massuh , accused of complicit in the crime of bribery.

The defender rejected and assured that he challenged the accusation in which Pamela Martínez claimed to have given the businessman $ 320,000 in 2013. “That is a false fact that has not been corroborated by other testimonies,” Pesántez said during a break.