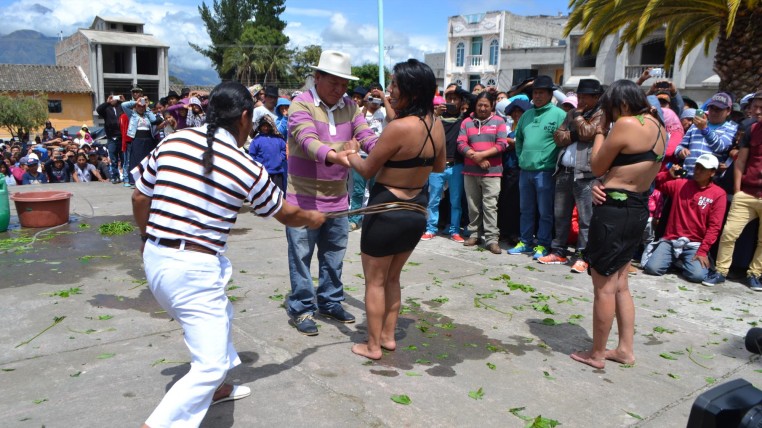 Is the indigenous justice only abuse or punishment? Experts elucidated the subject in a workshop organized in the rural parish of Flores, in the Riobamba canton.

The first observation: indigenous themselves, sometimes, are confused on certain administration of indigenous justice topicals.

That’s just one of the arguments that were shared with representatives of several community governments last weekend.

The presentations were made by Nina Pacari, former member of the Constitutional Court of Ecuador; Mariana Yumbay, former judge of the National Court of Justice; Edward Vargas, professor of the Andean University; and Raul Lema, lawyer and researcher.

“The youth who has dabbled in the “citadino” world is losing the holistic view of the community as is the territorial part, culture, justice, politics, spirituality,” argued José Parco, workshop facilitator, as a preliminary and justificative step to the analysis.