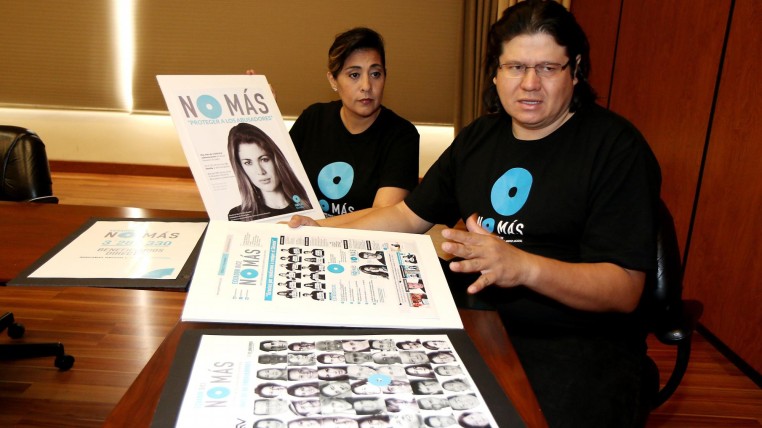 Ricardo Velez and Paola Andrade met over 20 years ago in college. Both were studying Television Production and, over time, they realized that their lives had more in common than they thought.

Both are survivors of childhood sexual abuse by a member of their family, but never had the courage to tell someone. Some time later they fell in love and decided to unite their lives through marriage.

They agree that the problem lies in the family and social rejection of sexual abuse cases, especially when it comes to children.

The Center for Disease Control and Prevention (CDC) indicates that worldwide, 1 in 4 girls and 1 in 6 boys will be sexually abused before the age of 18 years.

93% of the time by relatives or confidants; and in 73% of cases, their relatives will give them less interest and wont want to know anything about it.

For these and many other reasons, Ricardo and Paola decided to launch a campaign called ‘Ecuador Says No More’, which seeks to put an end to domestic violence and child sexual abuse.

How will they do it? One of their goals is to include an article in the Organic Law on Protection of Children and Adolescents requiring educational institutions to teach children about sexual abuse and what to do when an adult tries to cross the boundaries.