Grievances Not only is changing your mind an imprint that now perches on the group of the Citizen Revolution (or the correistas), the hard terms (without any filter) in which, until now, they usually refer to their detractors is a seal from Several years ago and they repeat it so far. “Impostor”, “mentally deranged”, “traitor”, are some of the adjectives used by former President Rafael Correa to refer to President Lenin Moreno. But not only him. He also removes some from his list for comptroller Pablo Celi, who qualifies as a “fake” from the rostrum offered by Twitter. 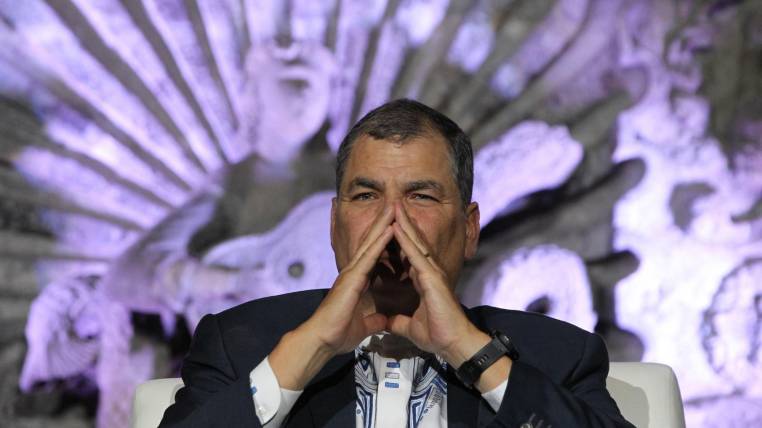 EXPRESO recalls a handful of phrases in which the former president referred in harsh terms to those he considers his detractors, including the media, which he continues to label as “corrupt press”, a phrase now repeated by his co-assistants in each audience that Justice continues against him and several of his former collaborators.

March 2012. The 10 young people were arrested in Quito while they were meeting in an apartment on charges of terrorism.

“Criminalization of social protest. The 10 of Luluncoto were angels praying the rosary of the dawn and all this time they were persecuted because surely Correa was afraid that he would win the presidency. Who can believe such nonsense, they forget the bombs that exploded. ”

May 2015. The young man was accused of making an offensive signal (cassava) to the presidential caravan.

“Learn to respect spoiled little boy, I am your president,” a phrase that Calderon said the former president said.

“As always, the corrupt press runs to make a show of this, without contrasting… I have grabbed the boy who made obscene gestures and shed tears of anger. Everything is a lie, ”Correa replied on Twitter.

“This spoiled boy comes to make yucca, to make bad signs. I went with my wife (…) Those who defended this through social networks, Lourdes Tibán, Carlos Vera, all those mediocre ones. Those yucca denles because they seem to like them, they agree. Not me, I will answer. To them yes, not me. I will answer (…) ”.

September 2013. The singer is accused of expressing an offensive signal (cassava) to the president in protest against the extraction of Yasuni.

“That Mr. Jaime Guevara is spoiled and a liar; that you may have wrong left militancies; short-sighted, virulent and clumsy; which is also anarchic, virulent and aggressive; that he still has an irreversible disease, cysticercosis, which has caused extreme virulence and epileptic seizures for decades, especially when he has access to rage and indignation against those who do not think like him; that these attacks lead him to have his eyes lost, inability to vocalize words, difficulty expressing himself and maintaining balance, all of which makes him seem like a drunk and under the influence of the drug, even more so when he stinks of alcohol surely because of medicines that taking; but according to people who know him and his own statements, he is not drunk or drug addict. ”

April 2011. The citizen accused of expressing an offensive signal to the president in Riobamba.

“An old wig, spoiled, well jeweled and who thought she was pretty, who reacted with arrogance.”

Protesters for the exploitation of Yasuni

“I am not going to fall into the trap of these groups that today ask for a question about Yasuni, tomorrow about the water law and who oppose everything by pure politicization. 90% are the same stones. ”

May 2017. In the last citizen link: “The greatest adversary has been the corrupt and mercantilist press.”