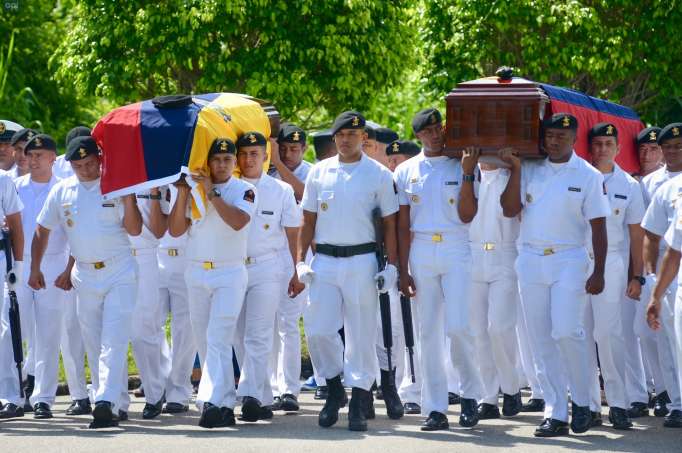 One of the recommendations made by experts in security and military intelligence is that in order to face the crisis on the northern border, an international strategy is being put together, with the collaboration of at least Colombia and other countries in the region.

Precisely, yesterday the matter took an international connotation. The United Nations System and the representation of the European Union in Ecuador condemned the attack on Tuesday in Mataje, which left three soldiers dead and 11 wounded.

The UN System condemned in a statement “in the strongest terms the criminal act committed against the Armed Forces of Ecuador.” In addition, he extended “his condolences to the families of the mortal victims”, wished “a quick recovery to the wounded” and expressed “his solidarity with the affected community”.

For his part, the ambassador of the European Union in Ecuador, Marianne Van Steen, condemned “the violent act” and showed solidarity with the victims. “The European Union expresses its total solidarity and sincere condolences to the families of the deceased and to the multiple wounded of the attack,” he wrote on his Twitter account.

The Government of Spain communicated its “strong condemnation”. “We trust that those responsible for these criminal actions will be submitted to the action of the Justice,” said a statement. He also reminded Ecuador of the “cooperation” of Spain in the “fight against acts of this nature”. 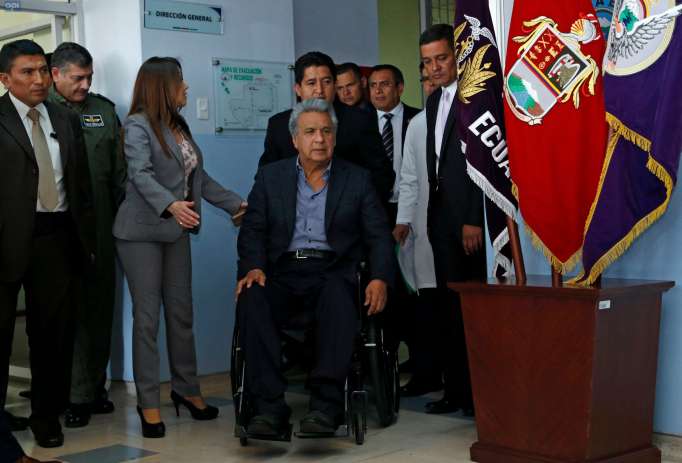 According to the Colombian Police, the dissident group of the FARC that leads alias ‘Guacho’ is the probable author of the attack. This was explained to journalists by the director general of the institution, Jorge Nieto, who explained that the authorship of that group is “one of the lines of investigation” that they have as “most likely”.

Nieto said that they are working “hand by hand with the Ecuadorian authorities” and have “direct communications and links” that allow them to attack the organizations that commit crimes on both sides of the border.

Although he did not specify if ‘Guacho’ is currently in Colombia or Ecuador, the high official said they are working “with all the capabilities” to stop it.

The population is the population of Mataje. In addition, through a statement, the presidents of Ecuador, Lenin Moreno, and Colombia, Juan Manuel Santos, reaffirmed their commitment to fight in a coordinated way the crime on the border.

The Ecuadorian Minister of Defense, Patricio Zambrano, confirmed that the Binational Border Commission (Combifron) will meet on Saturday. This was reported in a press conference at the Armed Forces Hospital in Quito, where three of the injured were transferred.

Zambrano said that it has not yet been defined if the meeting will take place in Tulcán or in Ipiales (Colombia). On the other hand, he indicated that they are evaluating the possibility of calling the former defense ministers of the Joint Command of the Armed Forces “to listen to all the voices” to make “the best decisions”. He also said that they analyze the presence of the Colombian State and the Armed Forces of that country in their own border territory. He reiterated in the request the Colombian State to strengthen its presence in the area and that the Armed Forces patrol the sector that touches them.

The Interior Minister, Cesar Navas, attended the Assembly to hold a meeting with the assembly block of PAIS. After that, he explained that since September of the previous year the State has strengthened control in the area. “They have tried with these actions to intimidate, to intimidate the action, but they will not do it,” he said. He added that armed groups are operating on the border that did not accept the peace process with the FARC and that now serve as a logistic link to cartels from other countries. “The problem is not in the country, it’s on the other side of the border.”

The situation in the country

The Plenary of the Assembly approved to discuss the appearance of Navas and other ministers, such as Zambrano and the foreign minister, María Fernanda Espinosa, to explain the situation in Esmeraldas and the northern border in general. The appearances will be reserved.

The dead were killed by the attack the day before yesterday. President Moreno visited the three wounded yesterday morning and received a report on his state of health. The visit was at the Military Hospital of Quito, where Xavier Axaes Pérez Estupiñán, Wilmer Arnold Álvarez Pimentel and Luis Alejandro Erazo Granizo are interned. The three were transferred on Tuesday, in serious condition, from Esmeraldas.

The president called the moment “terrible”.

Álvarez is the most serious patient. He has an amputation in both legs, a disarticulation of two phalanges and a trauma in one eye. Édgar Cadena, medical director of the hospital, confirmed the reserved prognosis and continues in intensive therapy.

“I have to make a very severe claim,” said the President, referring to a photograph that was published on social networks of Álvarez after the amputation. The president described as “heartless” the person who disseminated the image. On the other hand, Erazo has a soft tissue trauma, an auditory problem and at the level of vision. It is stable in the hospitalization area. While Perez has a facial trauma. He underwent reconstructive surgery and is in hospitalization.

The families of the other two deceased infants asked the government for justice. The funeral ceremony, which began after 07:00, on the runway of the Naval Air Base, in the north of Guayaquil, began with the intonation of a retreat of death once the plane that brought the remains from Esmeraldas stopped in the platform, to allow the disembarkation of the bodies of the second corporal Jairón Sandoval Bajaña and the sailor Sergio Elaje Cedeño.

A priest, parish priest of the base, was in charge of carrying out a mass of present body, in the midst of the resignation of the relatives.

A call that you can never forget

“We were traveling to the city of Esmeraldas and at the Achilube site, Camarones parish, I received a call and from the other side of a mobile phone they told me: ‘You have to be brave, a guerrilla attack has left three dead and one of the deceased is Mosquera ‘”. That is the story of Martha Erazo Valencia, wife of Luis Mosquera, a Marine fallen in the attack.

The patrol that carried out surveillance and inspection on the road that leads to Mataje, approximately two kilometers from the Marine Infantry detachment, was the victim of a trap: “They observed some tanks, approached to inspect and, upon returning, the tanks they exploded, “added one of the victim’s relatives. Mosquera, second suboficial of the Marine Infantry, native of Esmeraldas, left from his home on Wednesday of the previous week. He was 47 years old, served the institution for 26 years and was in retirement age. He left four children in the orphanage: three women and one man.

Erazo commented that he was a kind husband, excellent friend, supporter and collaborator, “when he was at work he always asked to speak with the youngest son, the 8-year-old boy”. “The day of the attack, while traveling to Esmeraldas, he called me and told me to be careful.” The remains of Mosquera are being veiled in the home of his mother-in-law. The lifeless body returned from Esmeraldas between 01:30 and 02:00 yesterday; the burial will take place today. (I)