International Donor Conference raises $ 5.400 million for the reconstruction of Gaza 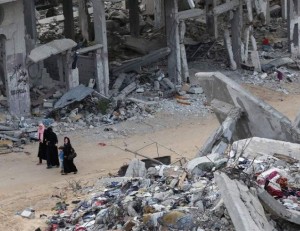 $ 5,400 million was the amount raised by the international Donor Conference to rebuild Gaza, held in Cairo, of which almost the half will go to projects in the Strip.

The conference, organized by Egypt, Palestine and Norway, gathered yesterday more than 70 countries and organizations willing to donate funds to Gaza, devastated after the Margin Protector Israeli offensive.

Participants also agreed that the funding for the reconstruction of Gaza will be made through the institutions of the Palestinian government.

Egyptian President Abdulfatah Al Sisi, as the host, called on Israel to not launch again an offensive and to accept the peace initiative based on the recognition of the two states with the 1967 borders.

US: Hospitals should be prepared to detect cases of Ebola