Isabel Robalino: “corruption is rooted in the governmental sectors” 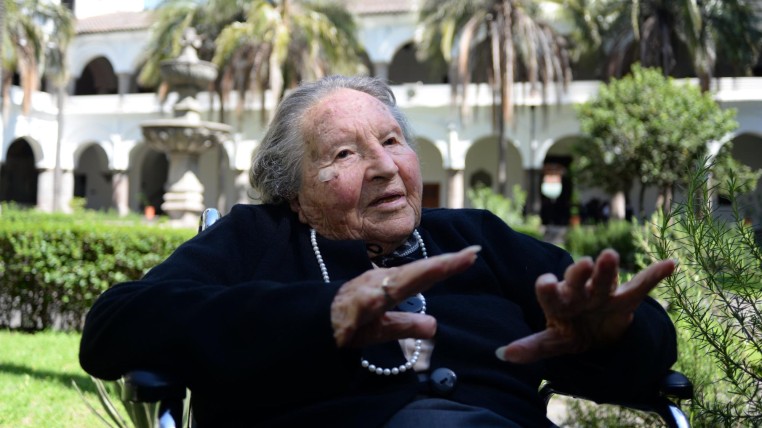 She graduated as a lawyer at the Universidad Central in 1944, she was the first Ecuadorian woman to earn that degree. Born in Barcelona, Spain, where her father was a consul, she has been a member of the Anti-Corruption Commission for two years. He was a municipal councilor of Quito, a senator, a legislator. She has lived and worked on her own, always in favor of the workers and unions.

– Why did you embark on the task of investigating corruption?
– There was no excuse for a task that seems particularly important now.
– What meant for you being tried for slander, how did you feel?
– I think it could be foreseen that it was going to happen because confronting and investigating cases of corruption is like going against the currents of the government. Those involved try to hide what is happening.
– The Government has always assured it fights corruption, there are cases denounced. How do you evaluate this audit?
– It is not possible to deepen because in the end the corruption is rooted in the governmental sectors, in diverse initiatives of economic type, thus we investigate some cases in the hydroelectric plants like Manduriacu.
– How would you rate the last 10 years?
– There has been a decrease in the exercise of power and an increase of corruption and, above all, this has its root in subjecting all the functions of the State to a single power and not respecting the initiatives of the people.