Steve Waserstein, one of the two partners of the law firm hired by Decevale in Miami to obtain information about Isspol’s investments, is the brother of the lawyer and real estate developer Richard Waserstein, who had business with IBCorp Investments, owned by Jorge Chérrez, in that city in the year 2014. 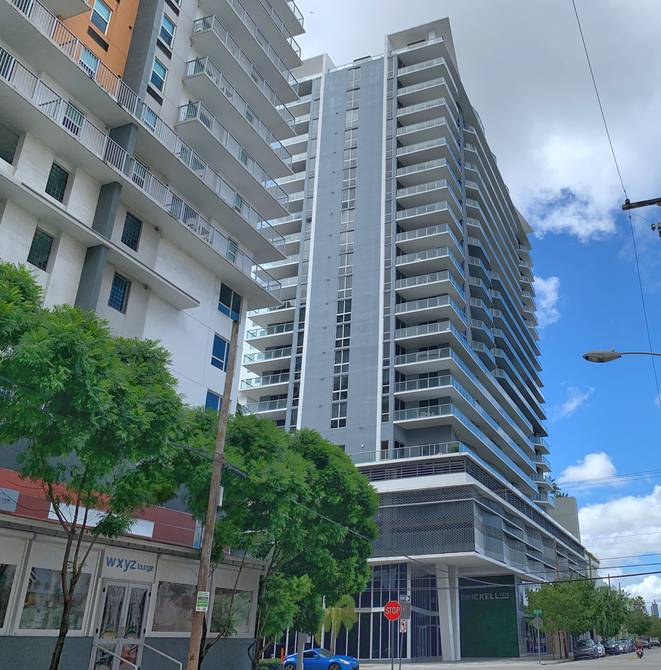 Waserstein & Nunez, PLLC (“Waserstein & Nunez”) was hired in Miami by the Centralized Deposit of Compensation and Liquidation of Valores SA to represent it in a request for discovery of evidence on various actors related to the millionaire investments of the Security Institute Social of the Police (Isspol) with the companies of Jorge Chérrez Miño, of the IBCorp group, and of which Decevale was the custodian.

One of the study partners, Carlos Nunez-Vivas, confirmed to EL UNIVERSO that Richard Waserstein indeed developed the luxurious Brickell TEN Condo real estate project in which IBCorp Investments also participated in 2014. In fact, IBCorp Financial Services, related to Chérrez, She was listed as the owner of five apartments in that building, as this newspaper published last December.

On the Waterstone Capital website, the project was announced in August 2014 as a partnership between IBCorp Investments, of Ecuador, and Waterstone Capital, of Miami, for the 24-story, 155-unit tower. In another real estate portal it was explained at that time that the building would have luxury finishes, a large swimming pool with panoramic views and a gym. The decoration would be in charge of Adriana Hoyos.

The corporate relationship between Richard Waserstein and Chérrez dates back to December 2012, when they created the company 1010 IB Waterstone Brickell LLC, which was dissolved by mutual agreement in April 2014. From that dissolution, Brickell Ten LLC was born, which until 2015 had as general manager at 305 Real Estate Holdings LLC, managed by Jorge Chérrez. In 2016, Brickell Ten LLC was managed by 1010 Brickell Managment LLC and its registered agent is Richard Waserstein.

The law firm operates at 1124 Kane Concourse, in the Bay Harbor Islands (north of Miami Beach), where almost 140 companies also operate. Some of them are related to the Waserstein family or the Waterstone group, linked to Richard Waserstein. The latter is listed as a registered agent in 70 companies operating at that address. The property, valued at close to a million dollars, belongs to the company Water Stone Investments LC

Eduardo Carmigniani, who represents Decevale in this lawsuit, reiterated that “there is no relationship between the firm and Chérrez.” The parties have not yet reached an agreement on the delivery of the information and if this does not happen they will have to go again before the Florida judge who is handling the case.

Nunez-Vivas explained that the legal action is “to show that a Decevale employee misused his name to create the false impression that he was the custodian of securities that were apparently in the possession and / or control of companies related to Mr. Chérrez. The law firm is aggressively pursuing the case. “

This is Luis Álvarez Villamar, who was Decevale’s Operations Manager, and who assured Isspol in August 2020 that the Depository held securities for $ 693’411,150 from the Institute in its custody. These securities were the backing of Isspol’s investments with Ecuador High Yield Bond Fund and with IBCorp Investments, which exceed $ 700 million. When the interest payments of Chérrez’s companies continued to accumulate and the new Isspol administration did not want to renew the investments, Decevale informed the Institute in December 2020 that it did not actually have those securities in custody.

The Ministry of Government and the Institute have filed several complaints with the Public Prosecutor’s Office and so far there are four people detained or under house arrest, including two generals of the Police in passive service.

On the other hand, the United States is also investigating the alleged payment of bribes by Chérrez to four Isspol officials, in exchange for obtaining or maintaining the Institute’s investments with their companies. According to US authorities, Chérrez is currently in Mexico. (I)

Daniel Noboa Azín: “I am made of rice, casserole and ceviche”