March 2014. A difficult month to forget for David Mármol . Those were the times when the Yasunidos group collected the signatures to convene a popular consultation on oil exploitation in the YasuníITT. 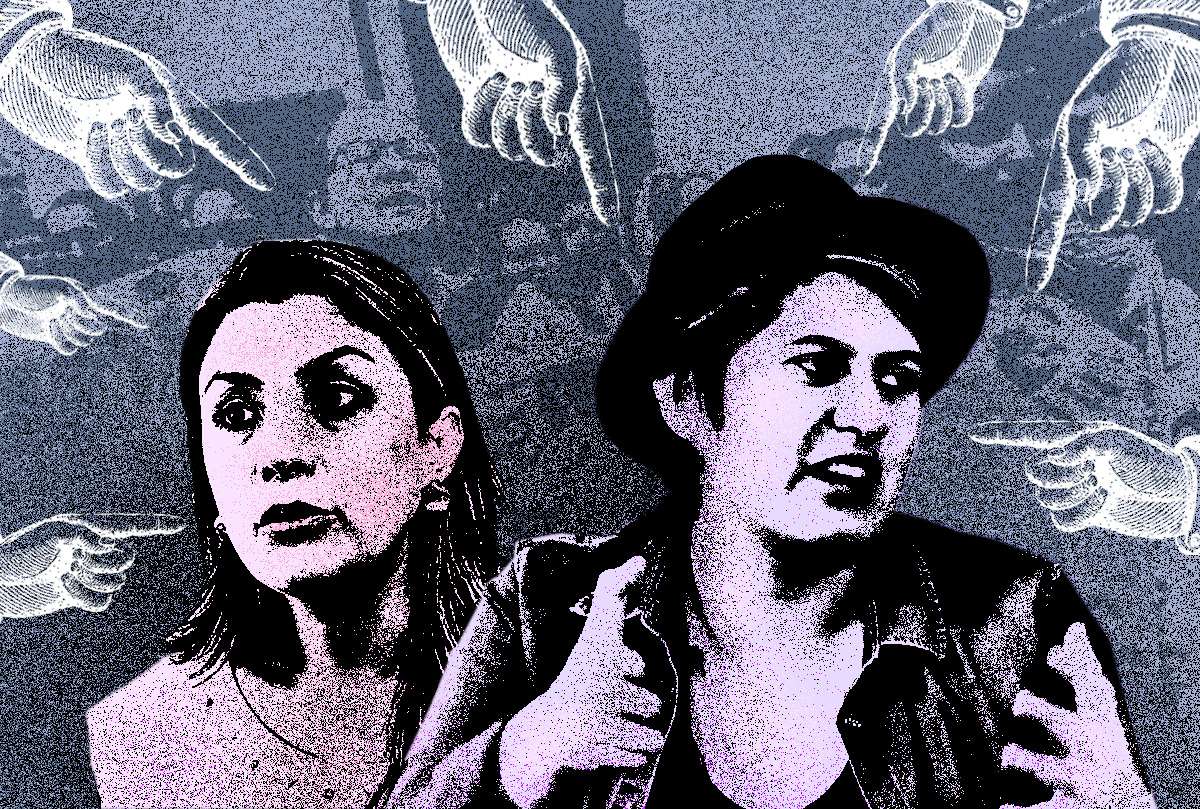 On Friday the 14th he was walking through the El Quinche sector , (a parish located east of Quito), and he noticed that the presidential caravan was approaching. As he felt that the then president, Rafael Correa , clung to the possibility of oil exploitation and hindered his plebiscite intentions, he raised his hand with the thumb down .

The blows to the head , insults and other physical attacks were the culmination, after hours that the police had him incommunicado , threatened and detained without any judicial order.

These moments of persecution and intimidation return to the head of Antonella Calle , a Yasunidos activist , after the former president sent messages via Twitter assuring that the enemies of his political project are identified and that there will be no forgetting . “Without hatred, but with memory.”

How to understand these messages at a time when the second round campaign starts and the candidates seek to be “friendly” to the electorate and obtain their favor?

The UNES presidential candidate , Andrés Arauz , calls for sanity and writes that “ hatred is out of fashion . In my government, we will never persecute any opponent ”.

However, through the same social network, the leader of his political organization and a fugitive from justice, Rafael Correa , posted a video in which various activists and personalities were identified as ” Moreno’s accomplices .” Thousands of messages of hatred and persecution were generated from it , such as “start looking for them”, “they are accomplices in the destruction of the homeland ” and others.

Is there a contradiction?

The political analyst, César Ulloa , assures that no. “Populism needs an enemy , a contradictor. The partycracy, the hairdressers, who have betrayed them. This is a strategy of division of society. Enemies are to blame for the country’s tragedy in a Manichean, manipulative and decontextualizing discourse ”, he details.

Marcel Merizalde , political consultant and communications strategist, agrees with this assessment in view of a weak opponent like Guillermo Lasso. He points out that the political objectives could be three: “first all the national leaders and spokesmen who campaigned for the popular consultation on February 4, 2018 ‘seven times yes’; all the businessmen who are supporting Moreno; and the authorities of the institutions related to what they point to as persecution, including the Comptroller’s Office , the Prosecutor’s Office , the justice system in general, ”Merizalde details.

The lawyer and activist Nathaly Pernett points out these expressions express the need of the leader, at all costs, to be remembered, not to leave the popular imagination. “He needs to make it clear who is in charge , which shows the null respect for a candidate who could be the next president of the country; also continue stigmatizing the voter. The attack on women, in addition to strengthening their image as a punishing patriarch (a male who respects himself puts them in their place), gives us the x-ray of why there is so much violence against us in the country; and, is that thousands of people still commune with “manhood” as a synonym of ability to lead “.

Ulloa assures that it is a dangerous strategy. The people who are attacked are women who have a history, who have stood out in something positive, who have represented and raised the country’s name. “On the one hand, the hard vote of Correísmo is strengthened and loyal , but on the other hand, according to the first round, 7 out of 10 voters do not agree with the polarizations, the revenge or the discourse of division and anger; But we are also in a society that is more sensitive to respect and promotion of women’s rights. A miscalculation could be suicidal , ”stresses Ulloa.

Merizalde affirms that the strategy of sharpening the contradictions is not new. “In politics, as in love, negative feelings and hatreds are more mobilizing than affections .”

In what type of country are athletes or their human rights and nature activists persecuted?

Antonella Calle affirms that the message is worrying . “It is a wait until we return to power to impose terror . It is his true face . Your candidate’s proposal is division and persecution . You can’t hide the sun with one finger. “

She was recently harassed on social media for her frontality in a meeting with Arauz and after stating that she hopes “that the activists will not be persecuted ” she received thousands of responses, insults and threats . “We must appeal to the public memory. They are announcing with great fanfare that the state of terror that Correísmo generated will continue . “

Pernett points out that the business of correísmo is to delve into resentment . “There is no better business for a hater than to blind his followers under his speech, because it is better to have a resentful herd , than one being educated susceptible to rebellion,” he highlights.

Despite the fact that Arauz has been given the role of “good” in this representation, the street is concerned about the terms in which it is expressed. “When he says hatred is out of fashion , can we seriously trivialize the persecution and violation of human rights as a ‘fashion’? Today is in fashion, tomorrow not. Really? ”He asks.

How far can this persecution go? Calle is concerned that the activists’ lives may be in danger. “There is the case of José Tendetza , murdered during the government of Rafael Correa and whose death was never clarified, ” he details.