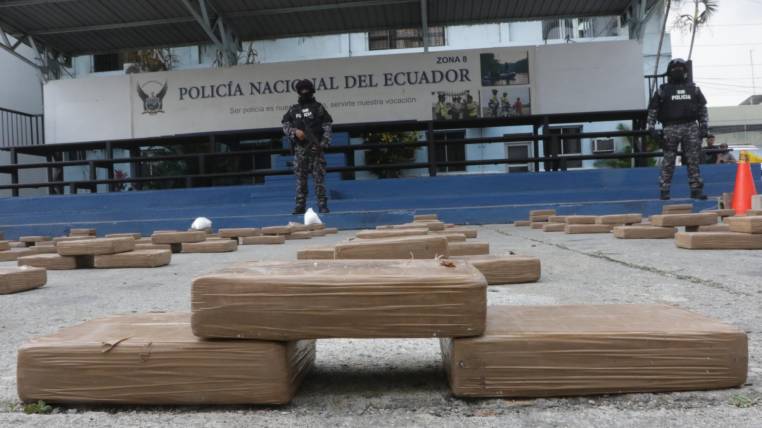 The problem of drugs in Ecuador has escalated from a worrying issue of consumption in young people and children to a violent conflict in which the status of a country only passing through the drug trade is in question. In this context, President Lenin Moreno arranged before the holiday that, as part of the adjustment of public spending, the Technical Secretariat for Drugs was eliminated and its functions were divided between the Ministries of the Interior and Health. The order raised the alarm in professionals and in the Assembly.

Ricardo Camacho, an adviser on security issues, warns of the risk involved in handing over to a single entity – the Ministry of the Interior, in this case – the task of capturing drugs, embedding them, analyzing them and destroying them. “Interior would be judge and part,” he exclaims with concern. With him coincide Rafael Molina and Ricardo Loor, two former officials and experts in drug prevention and treatment. “What is recommended internationally, to avoid any case of corruption or any irregularity, is that it is not the same entity that seizes and the one that analyzes and destroys it. Even more in Ecuador, where the figures of capture have never coincided with those of destruction of drugs, “Camacho reasons. In fact, the current technical secretary of Drugs, Ledy Zúñiga, recognized and made special emphasis on eliminating these suspicions when he took office and raised the program ‘Empty Bodegas’: “No more drugs stored for years, generating uncertainty, lack of transparency and corruption”.

Also the Parliamentary Group for the Prevention and Comprehensive Treatment of the Drug Phenomenon issued a statement to ask the president to review its decision to consider as a step back the elimination of the Technical Secretariat, which is “a deconcentrated entity of public law, with legal status legal and administrative and financial autonomy “, as mandated by the OAS, and that” does not generate exorbitant expenses “.

There are $ 15 million of budgets that are assigned to the entity that receives the seized drug, makes traceability analysis that allows to identify in which laboratory was made and share information worldwide, destroys it and, in addition, defines the national prevention policy . Of that budget, more than 11 million goes in salary. But Rafael Molina, former national director of Asset Management in the Seted, explains: the salaries of technicians are higher than normal because of the risk involved in working on an issue related to drug trafficking and the control of chemical substances such as the drugs. In his opinion, it is a mistake to eliminate the entity and to dispense with a staff with vast experience. It proposes, if it is necessary to adjust, that the functions of the Seted do not pass to Interior, but to the Council of the Judicature that, finally, is the one who orders the destruction of drugs and is a separate entity.

The elimination of the Technical Secretariat of Drugs and the distribution of its functions to Interior and Health is part of the economic adjustment program that involves the reduction of the State.

Officials and security experts criticize the measure, because it opens the door to corruption in the Interior and because the Seted is efficient (the law allows to close entities that are not). (I)