Italian Weekly reveals that the U.S. spied Bergoglio and the Vatican 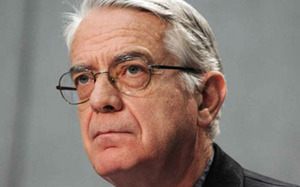 According to the Italian weekly “Panorama”, the National Security Agency of the United States (NSA) spied on telephone conversations of the Vatican City and also those made at the residence of Cardinal Jorge Mario Bergoglio, before he was chosen as Pope.

According to Panorama, the documents revealed by Edward Snowden, showed the 46 million telephone conversations that the NSA intercepted in Italy. The weekly media advanced part of the information that will be published in the next issue, which will be available from today.

The preview talks about a period from December 10, 2012 until January 8, 2013, but it is “suspected” that the espionage continued after the resignation of Pope Benedict XVI, which was held on February 28. The weekly also added that espionage was conducted throughout the coven to choose the new pope. They spied the Domus Internationalis Paolo VI Rome, residence where the then Archbishop of Buenos Aires was staying before his election as pope on March 13, 2013.

Given this information, the spokesman of the Vatican press, Federico Lombardi, said he has no information on the matter, adding that they have “no concern about it.”

Argentina, Uruguay, Brazil, Mexico and Honduras go to the quarterfinals of the Sub-17

Tourism reactivates due to patron celebrations and Day of the Death