Its been a year of “Chucho” Benítez death 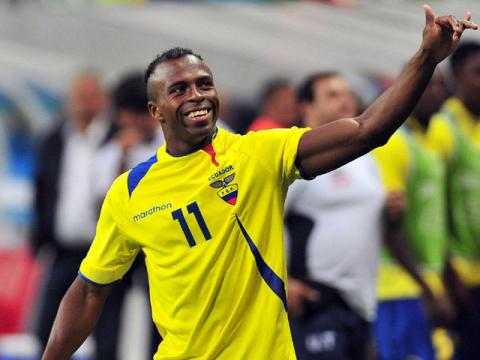 A day like today July 29, a year ago Christian “Chucho” Benitez, a striker from Quito, died in Doha, Qatar . His death was unexpected and painful for fans of the Ecuador national team, El Nacional, the Santos Laguna and America of Mexico.
“Chucho” left a record of 103 goals and four titles of “Best Scorer”. The last stop in his football career was in Qatar.

Segundo Castillo, national team player and rival of Benitez in Mexico, remembered him as “a cheerful person, who contributed with his charisma and dedication to any team. He used to dance because it was his way of showing happiness. “

The current Technical Director (TD) of the Aztec Selection, Miguel Herrera, his former coach in America, remarked: “He was like few. Very professional, he gave dedication to anything he intended. He made the group enjoy, laugh and celebrate with him. He was joy, he played music in the dressing rooms and danced “

Mercosur will seek partnerships with other blocks

Colombia seeks to shortly realize the firm of FTA with Japan