During his interview with journalist from CNN in Spanish, Ismael Cala, mayor of Guayaquil, Jaime Nebot addressed several topics currently discussed in the Ecuadorian coastal city, such as tourism, security, urban regeneration and the transformation of Guayaquil into a digital city.

The last point relates to the municipality’s campaign in force, of the delivery of 25,000 electronic tablet for graduates of the city and the provision of 6,000 wifi spots throughout Guayaquil.

The mayor also added that Guayaquil is a safe city to visit, that along with the local police he has good results and that during his administration nearly 200,000 lands have been legalized in order to benefit an equal number of families.

Among other issues, the mayor was asked by the country’s politics and re-election of President Rafael Correa, to which he replied that the he does not oppose the president but everything that “hurts my city and my country,” and recommended that the election process should stick to the Constitution. 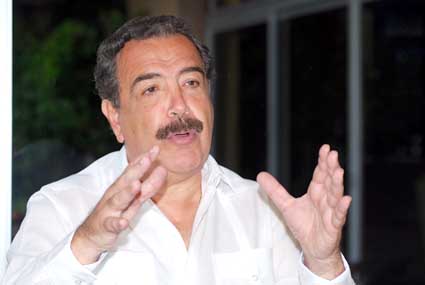