Jaime Nebot ensures he will not be a candidate in 2017 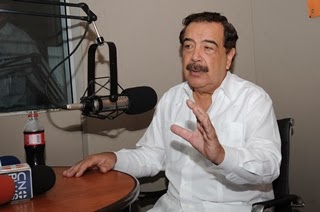 The Mayor of Guayaquil Jaime Nebot, reiterated that he will not be candidate to any charge in the presidential and legislative elections of 2017. “People who talk a lot, mistake a lot, I do not fall into that, you know that I am not going to be candidate for anything,” he said during a radio interview picked up by Ecuadorinmediato.com.

In this way Nebot responded to President Rafael Correa, who urged him during an interview in Bucay (Guayas), to be a candidate in the next elections.

The meeting Nebot held with his counterpart from Quito, Mauricio Rodas, caused an speculation on a possible presidential candidacy.

For his part, Correa insists that he will run for reelection in 2017 as the last resort, so Alianza PAIS wins the election.