Jamil Mahuad (Loja, 1949) officially dollarized the Ecuadorian economy in January 2000, in an environment of political and economic chaos, in the midst of a wave of Ecuadorians who held the Government responsible for the bankruptcy of their businesses, the spraying of their savings, corruption in the financial system and mass migration. 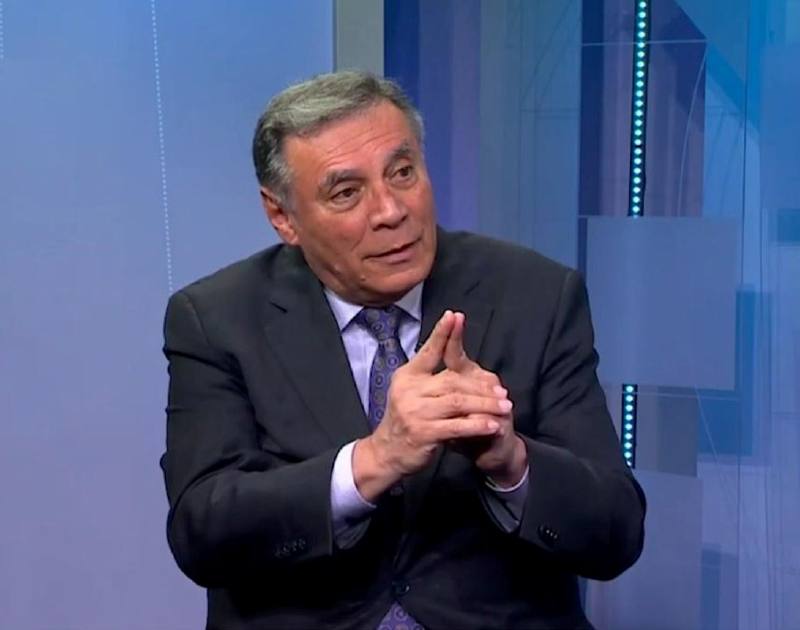 In February of that year, after a coup d’etat, he left the country accused of peculation by the decree of the bank holiday. Since then it is based in Boston, United States.

Through his lawyer, Patricio Vivanco, the former president answered some questions sent by EL UNIVERSO, about the two decades of validity of dollarization.

In his reply mail, he confesses that it hurts him not to be able to come to Ecuador, for example, to visit his mother, 94, but at the same time says he is proud of the decisions made. It uses the metaphor of a sick country that only a radical measure could save from dying.

How do you evaluate dollarization after 20 years of its implementation?

It is the best economic measure of the last decades. Ecuador agonized, was a patient who had been suffering from very high inflation and devaluation, and traditional medicine was no longer useful. The causes were two major deficits: the prosecutor, partly from the bills of the 1995 war and the irresponsible public spending of all populisms, those of ties, ponchos and guayabera; and the international trade deficit, because exports were not enough to offset imports and the payment of external debt, which was the highest in Latin America in proportion to GDP. This chronically ill man was hit by a truck called El Niño, which destroyed exportable production, causing a bleeding of dollars.

And the financial crisis, the bank holiday …

In addition to chronic illness, an acute financial crisis …

I froze the deposits to get out of hyperinflation and not to follow the bleeding of funds outside the country.

That quote gave credibility to the measure, as the population knew that the Central Bank had enough dollars to buy all the sucres in circulation. Several economists suggested from 18,000 to more than 40,000 sucres per dollar. But the most appropriate parity was that which allowed to exchange all sucres and was as low as possible to prevent the population from paying an excessive price. When the exchange began, all sucres amounted to 436 million dollars. Nine months later the process ended and 425 million had been exchanged, 97%. If it was less than 25,000, they would not have reached the dollars.

It was a technical and political decision.

If it had been a political decision, why didn’t the other governments change it? If it had not been technical, how did it work so easily and naturally in practice? We make the decision for technical reasons. It would have been irresponsible to do so without knowing the real situation of the financial system, which was only clear after international audits. As this process progressed we entered the moratorium on external debt, in September, and when I made the decision to dollarize, in December, neither the board of the Central Bank nor the Congress gave way to essential reforms. As soon as there was a political agreement to move forward, I announced dollarization.

Do you feel proud?

Very proud. In the year and a half of my presidency, by signing peace with Peru, Ecuador was able to close a painful past and, with dollarization, open a door to a future of economic, social and political stability.

Despite the macroeconomic results, its decision implied social costs: people who went bankrupt, committed suicide, left the country … Is such pain justified?

Do not confuse the causes with the effect. The great emigration is not due to dollarization, which rather stopped it. Thanks to dollarization, the majority of the country ceased to be poor and Ecuador became a middle-class country. Migration was due to the devaluation of sucre and inflation. Emigration from Ecuador already existed; but it accelerated when in 1998 and 1999 Ecuador entered the worst economic crisis of the twentieth century.

Did you lose your political capital?

When I assumed the Presidency I had the highest political capital in Ecuador and at the end of 1998 I was the best evaluated president in his first four months of office. The hell of 1999 caused that capital to evaporate quickly. The same thing would have happened to any other president; maybe sooner and more dramatically than me.

It is paradoxical that being dollarization an issue that in Ecuador “does not run into”, since it has higher levels of acceptance than any politician, you have left almost no chance of resuming public life

Besides being paradoxical, it is very sad to live separately from my country, family, friends … My mother, for example, will turn 95 in May and I have not seen her for a long time, because she is no longer able to travel … Besides, it is not only unfair , but infamous that political hatred prevents me from returning. Since 2007 I have been judged by the Correista Judicial Power that follows political instructions, even though Correa himself declared after he left power that I was an honest man and that he made a mistake in requesting the reopening of my case.

Regarding Correa, he, for example, did not like dollarization, but he kept it. Is the greatest strength of the scheme in its economic characteristics or in its political consequences?

Even when Correa was at his highest peak, the dollar was more popular than him. Dollarization has enjoyed good health and has defended itself every time the dedolarizers have wanted to sink it; It is a strong tree that took root because it offers security and stability to people on the street.

Is it possible to leave?

It is not impossible; but highly improbable. I do not see in the near future a government that voluntarily dares to make that decision. If someone does, they will be forced by an economic tsunami as much or more serious than when we dollarize. More than 90% of the population is not willing to exchange their dollars.

But staying has a cost.

Every system has costs, benefits and needs adjustment mechanisms that must be managed correctly and in a timely manner. It was always clear that by not being able to devalue in dollarization, the adjustment mechanism could occur due to the fall in economic activity and the loss of jobs.

Do you feel lonely about dollarization? Perhaps others capitalized, politically and economically, implementation.

Both in common life and in the public service, you have to be willing to give more than to receive and you have to give until it hurts. Dollarization had fans in favor, against, skeptical, suspicious and practical. Now everyone wants to “get in the van.”

Rafael Correa commanded in a criminal organization, according to elements of conviction highlighted by Judge Daniella Camacho

Odebrecht demand hearing will be reinstated to Petroecuador for $ 174 million