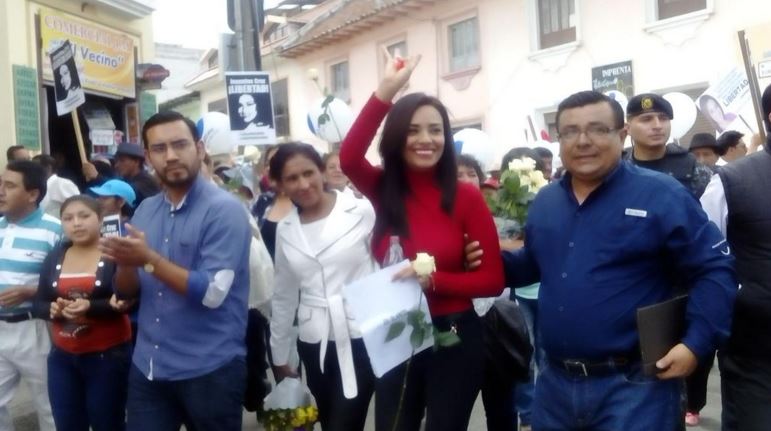 Loja Councilwoman Jeannine Cruz, who was sentenced to one month in prison for tweeting that Mayor of Loja Bolivar Castillo was “a liar and a thief,” has been released today after serving her sentence.

“I’m not afraid,” said Cruz, referring to Mayor Bolívar Castillo, according to tweets of journalist Carlos Andrade,” from the the Ecuavisa network,.” in a demonstration that has covered some streets of Loja, while the supporters of Cruz chanted the slogan “Out Chato, out.”

Cruz was indicted in late November 2015 by the Criminal Judicial Unit of Loja, which declared admissible the demand filed by Mayor Jose Bolívar Castillo for a video and a message posted on the personal Twitter account of Cruz @Jeanninecruzz.

Not everything will be duty-free in the EU