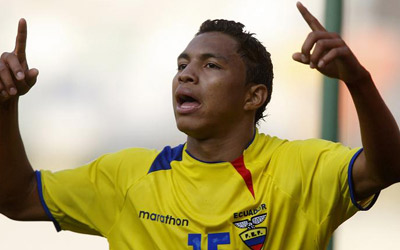 The Napoli of Italy are interest in the ecuadorian soccer player Jefferson Montero, who currently plays in the Morelia of Mexico, for the 2014 season.

The agent of players who are active in Italian soccer, Marcelo Ferreyra, commented on the selected Ecuadorian, which was one of the figures of the Tricolor in the last games of the South America qualifiers to Brazil 2014 World Cup, where he scored 3 goals.

“He is a mixture of Lavezzi and Tevez, qualities are the speed and the power, I think that he would be very good at Napoli. Now we are testing the waters with Bigon, even for other Colombian players”, said the entrepreneur in an interview for the CRC of Italy.

Montero performance with his club Morelia has been highlighted by the Mexican press in meetings which intervened; He has played 790 minutes of possible 1080, in 12 games, and he has scored 5 goals.

Independiente grows, Católica holds up and Emelec is pushed