Lawyers of elected prefect of Guayas Jimmy Jairala, announced that they will present 235 claims over injuries against the candidate to that dignity by CREO movement Cesar Monge, including complaints involving alleged acts of corruption in the administration of the Provincial Council.

Alembert Vera, one of the defenders of the official, argued that the claims against the also president of CREO, are based on a series of audio, video and written statements, which would be reflected in the charges made ​​from Monge to Jairala through media.

Vera said that the demands will request for the maximum penalty against the defendant. The existing Criminal Code provides a penalty of up to two years in prison for libel.

Meanwhile Monge said through his Twitter account that he had no intention of leaving the country. “If I am going to get arrested for exposing corruption, so be it, that will prove the type of justice we have in Ecuador,” he wrote. 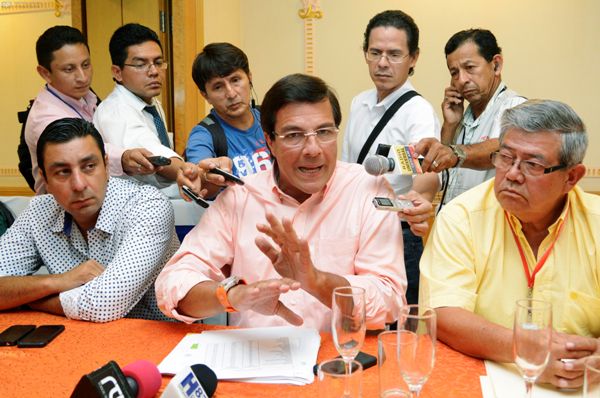