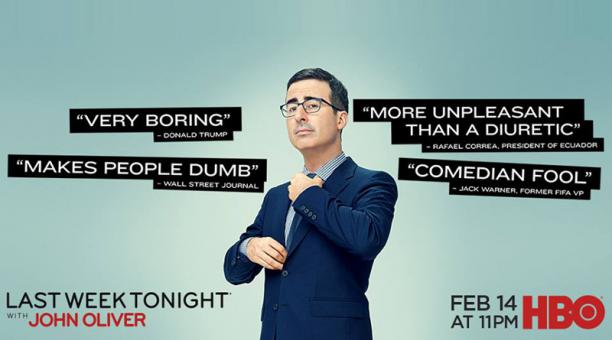 `Last week Tonight,´ the show of well-known comedian John Oliver turned again its gaze to President Rafael Correa. The program posted on its Facebook account a picture of the host in the center surrounded by phrases of personalities like Donald Trump, Jack Warner and the Ecuadorian President.

The phrase “more unpleasant than a diuretic” was taken and highlighted during the presentation that promotes the new season, which will begin on February 14th, 2016. Correa’s words also appear in a promotional video in which Oliver analyzes each quote, but does not talk about that of Correa.

Officials are held accountable in the Assembly