Jorge Glas does not fear an investigation 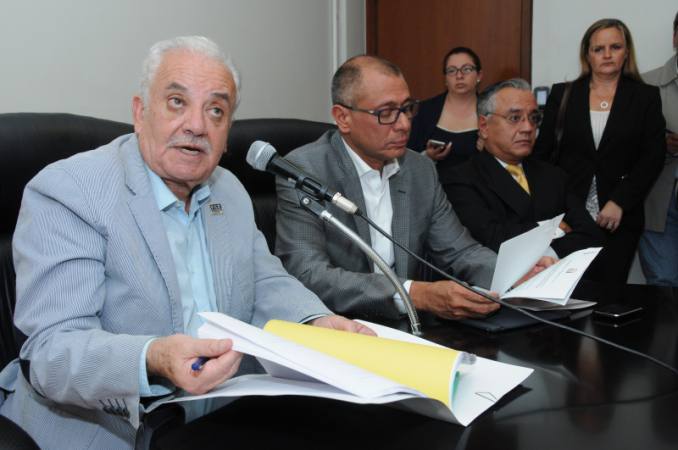 All ministers, former ministers, managers and former managers of public enterprises of this Government and previous administrations, since 1987, who have signed contracts with the Odebrecht company shall be called to testify. That was the core of one of the two requests made yesterday by Jorge Glas Espinel, Vice-President-elect, to the Prosecutor´s Office.

Glas assured this is a “radical measure” that could bother some officials and former officials, but clarified that the request does not imply suspicions against anyone, but is rather a “transparency exercise” of the current Government.

The Vice-president-elect also offered to testify as a former minister of the Strategic Sectors, and even requested that the investigation is extended to his wife Cynthia Díaz. It can not be ruled out that the Public Prosecutor’s Office may also call other officers of sectional bodies who have awarded works to Odebrecht.