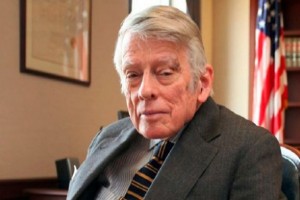 The American Judge Thomas Griesa ordered Argentina yesterday, August 1st, to resume negotiations with its creditors known as ‘holdouts’ to find a solution to the dispute that plunged it into a ‘default’. He also warned the country to lower the confrontation tone.

Argentina dropped in its second default after 13 years and failed negotiations with the ‘holdouts’ to ensure that Griesa lifts a blockade that prevents it from honoring titles emitted under foreign law, valued at 29,000 million.

However, this situation could revert because the afternoon of August 1 the Judge wrote a clarification order for the banking institutions Euroclear Bank and Clearstream Banking, in which they are allowed to make the payment that Argentina held on June 26 to bonds holders of the restructured debt in dollars.

Maduro: We will bring the injured and orphaned Palestinian children to Venezuela