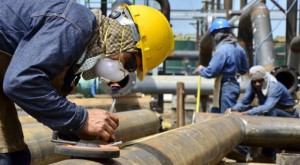 According to the Central Bank of Ecuador, the performance of the non-oil sector drove the growth in the Ecuadorian economy that in the first quarter of this year was 4.9 per cent, compared to the same period of 2013.

The final consumption expenditure of households and exports were the main components of the economic expansion. These rates are proof, says the CentralBank, of the “stability that has characterized the economy over the past six years, in which annual growth rates of gross domestic product (GDP) of around 5%have been registered.