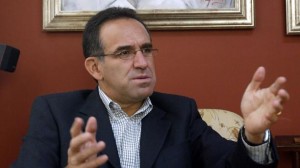 The Avanza leader and former government ally, Ramiro González, was summoned on December 2, at 08:00, to give his judicial confession for speaking of an alleged campaign of Rafael Correa financed by the Isaias family, former owners of Filanbanco.

That confession was requested by the executive secretary of the ruling party Alianza PAIS (AP), Doris Soliz.

The order and the date were issued by the judge of the Civil Unit of Pichincha, Lizbeth Ron, after knowing the cause.

According to Soliz, Gonzalez shall respond nine questions, in which he is asked to determine which campaign was financed by the Isaiah family, to reveal how he got the information and if such documentation was obtained when he was Minister of Production.

Alberto Acosta: “Let’s face it, we have a package of ‘crapmendments'”