KISS surprises its fans in Quito 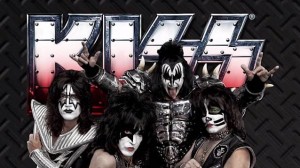 Last night, the legendary New yorker rock band KISS offered an unprecedented concert at the Bicentenario Park in the capital, which was opened by the Anima Inside musical group. “Alright Quito, you wanted the best, you will have the best,” were the words of Paul Stanley before playing the first song: Detroit rock city.

“I do not speak very well, but I completely understand your feelings,” said the guitarist in Spanish. A display of fireworks accompanied the concert where songs like Creatures of the night, Psycho Circus and God of Thunder were heard. Rock and roll all nite was the last song of the concert. With an “Adiós Quito,” Stanley said goodbye and stated they would come back in an upcoming tour.