Workers of the La Clementina farm , located in the La Unión parish, in the province of Los Ríos, on Tuesday paralyzed their activities and staged demonstrations, with burning tires, to demand job improvements and in rejection of the alleged lack of payment of the company to the Ecuadorian Institute of Social Security (IESS), to the decrease in their salaries and other complaints. 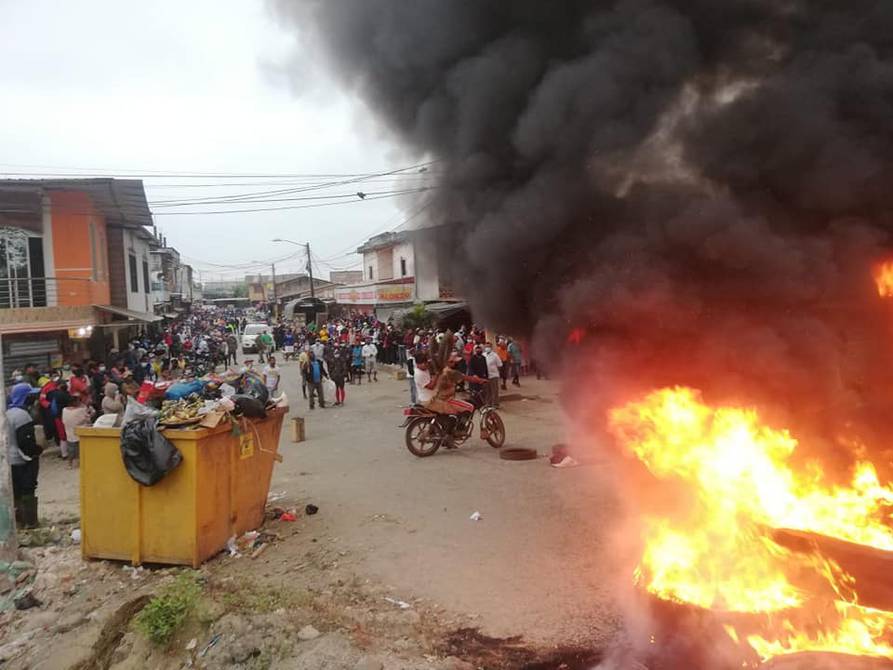 The workers assure that since the beginning of the year the company does not cancel contributions to the IESS, their salary was reduced and they do not receive vacations.

In social networks, a video in which you can see a group of protesters demanding the entry of the property and National Police personnel that protects the site can be seen.

The 11,500-hectare estate was seized in May 2013 by the Internal Revenue Service (SRI) from businessman Álvaro Noboa for an alleged 2005 income tax debt of around $ 95 million.

Cooproclem was created in November 2013 to implement the loan (of $ 78 million) in the National Finance Corporation (CFN) , through which 1,678 workers acquired the farm.

However, it took little time for the workers to complain about the new administration of the hacienda, even with stoppages. One of these occurred in July 2015 when about 1,800 Cooproclem workers were paralyzed in rejection, according to them, due to the alleged failure to pay production bonuses, settlements and other benefits.

Meanwhile, on December 10, 2019, Dora Ordóñez, Anticorruption secretary at that time , announced that the management of the estate was being investigated, an alleged corruption plot that involved a third-party company that administered the property, according to the official.

“I have been outraged to know the way in which resources belonging to 1,900 families of the workers are being used by a company owned by Russian shareholders and a person involved nationally,” Ordóñez said at the time, when he also indicated that it was being investigated to the property for embezzlement, figurehead, stock fraud, money laundering, organized crime and unjustified private enrichment.

Ordoñez assured that the investigation had been initiated after a complaint by “a citizen of Guayaquil,” and that the Secretariat would also present the case to the Prosecutor’s Office for another parallel investigation to be initiated, although after that announcement the Government did not report the matter again. .

Meanwhile, this newspaper tried to obtain a version of the Cooproclem administration, but until press time there was no response. (I)