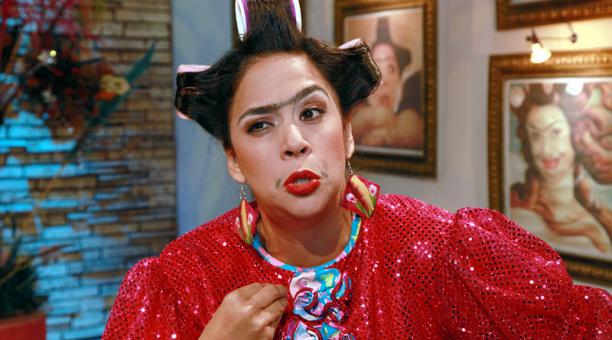 La Mofle, a TV character played by Flor María Palomeque, denounced through her Facebook page ‘MofleTv’ that: “by orders from above the TV show ‘Amigazos,’ which would be broadcast by GamaTV, in which I would openly expose my point of view on the change was not aired.”
Likewise, she showed dissatisfaction when mentioning “they are afraid of me expressing freely on TV. Imposing an 112,000 dollars fine to me was not enough for them. Leaving me without work, threatening companies with sending IRS inspectors or taking away their frequencies if they hire me is just part of this. Today they do not let me express myself.”

She also recalled the episode days ago, when Lilian Tintori, the wife of Leopoldo López, leader of the Venezuelan opposition, was not allowed to enter the country. She said: “Let’s not forget that they did not allow Lilian Tintori to enter Ecuador a few days ago. And we are just in the campaign season, which is supposed to be full of “JOY,” I do not want to imagine how it will be later.”

Digital infoxication, an evil that afflicts the voters